On social media there are several accounts claiming to be the mouthpiece of Zimbabwe’s governing Zanu-PF party, but it’s unclear which, if any, are official, and what links they have with those currently in charge.

News networks across the world have been reporting on the seizure of power by military generals in Zimbabwe.

Many media outlets, including the BBC, reported posts by the unverified Twitter account @zanu_pf which claims to be “the only official handle” for the Zanu-PF party.

But it’s far from clear who is in control of the account and what their connection to the party is.

The account was described as a fake by PRI in 2012, and has previously adopted a tone at odds with what might be expected from official accounts.

Its Twitter history is full of rants and proclamations about pornography, eggs Benedict and imperialism.

Several journalists in Africa, or specialising on African issues, quickly derided the reporting on the Zanu PF account.

Matina Stevis-Gridneff, Africa reporter at the Wall Street Journal referred to it as a “parody account,” but said she, too, had earlier mistakenly retweeted its content.

Alastair Jamieson, from NBC News’ London office, tweeted he was trying to establish whether the account was not to be trusted, but could not find the evidence.

In 2013 another account, reported to be that of a spokesman for the Zanu-PF party, tried to “urgently” establish contact with the person running the @zanu_pf handle.

In a surreal turn of events, the unverified account was accused of being a fake in 2016 by a parody account mocking Zimbabwean President Robert Mugabe.

The @ZANUPF_Official account is another which has seen a popularity boost after recent events in the country.

It had slightly over a thousand followers in 2013, a few thousand on Wednesday morning, and over 10,000 by Thursday morning. Again, it’s unclear what connection the account has, if any, with the party leadership.

It has tweeted infrequently – just 535 times since 2013. Unusually for a party account claiming to be official, it did not post at all during 2014 or the first half of 2017.

Perhaps unsurprisingly, social media users replied expressing their confusion and questioning the legitimacy of both @zanu_pf and @ZANUPF_Official.

“Look at these jokers,” posted one Harare resident. “Both from the same tree.”

“Get verified so we know which one is real,” suggested a business analyst from East Zimbabwe.

And “now we don’t know which one is the fake one,” joked a third user from South Africa.

The lack of clarity over who is running these political accounts extends to another Twitter account, one claiming to be the youth wing of the party.

Posting between 6 and 14 November, the account @YLZANUPF1 was highly critical of former vice-president Emmerson Mnangagwa and General Constantino Chiwenga, and supportive of Grace Mugabe’s bid for the vice-presidency.

However, since the military seized power on Wednesday morning the tone of their posts had radically changed. It sent out tweets praising the “gallant Zimbabwean Army” which was “professionally and peacefully carrying out the National Democractic Project“. Some have been left questioning if control of this account has changed hands.

But why has there been such confusion over Twitter accounts? Some see it as a symptom of a wider problem in the representation of African users on social media.

Replying to Sally Hayden, one of the first journalists to raise the alarm over the citing of the @zanu_pf account on Wednesday morning, fellow journalist Caelainn Hogan asked: “If there was more credence and respect given to nameless ‘journalists in Africa’, or better yet Zimbabwean journalists and researchers, maybe this wouldn’t be such an issue?”

The online confusion reflected the foggy situation on Wednesday morning, with Zimbabwe’s media not covering the takeover until the lunchtime news and organisations involved avoiding the term “coup”.

Other media outlets have run footage from September, believing it to be showing armoured vehicles approaching Harare on Tuesday.

Several newspapers and websites claimed Emmerson Mnangagwe had returned to Harare from exile, using a still from a video filmed in August of the former vice-president arriving at Manyame Air Force Base to support this claim.

Multiple accounts, some switching their messages, many accused of parody, international journalists uncertain which can be dismissed, local journalists hesitant, and a lack of verification on African Twitter: Who to believe on Zimbabwean social media remains unclear. 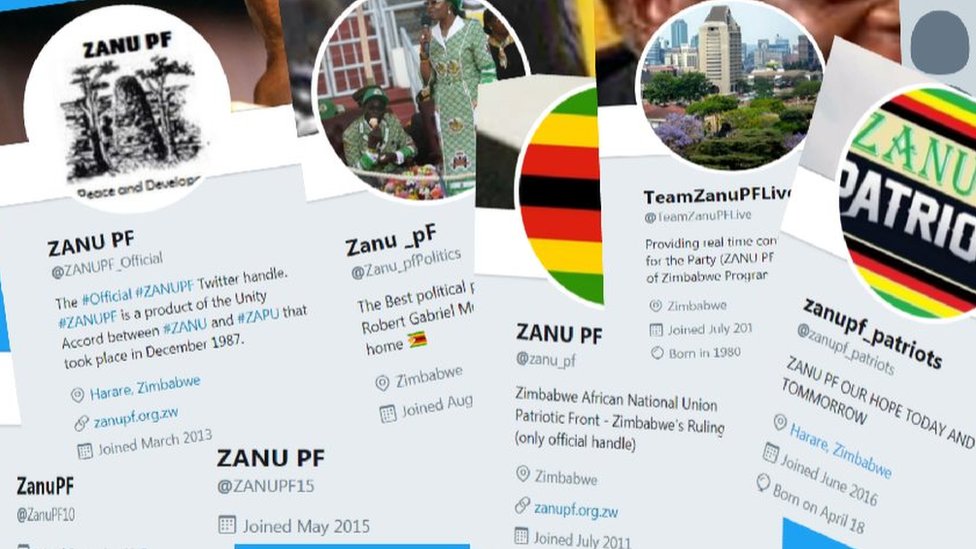 US to lift ban on elephant hunting ...