London, Nov. 15, 2017 (AltAfrika)-The African Union has spoken on the political situation in Zimbabwe where the army have seized key state institutions including the state broadcaster.

President of the political bloc and Guinean president Alpha Conde in an interview with the AFPnews portal said the military intervention “seems like a coup” further urging that they cease their actions for the return of constitutional order.

A statement issued by Conde said the A.U. immediately calls for the restoration of constitutional order and calls on all stakeholders to show responsibility and restraint, to ensure respect for lives, fundamental freedoms and integrity of Zimbabwe.”

African Union via current Guinean leader Alpha Conde says military seizing control in Zimbabwe “seems like a coup”, calls for immediate halt to their actions and for “constitutional order to be restored immediately” 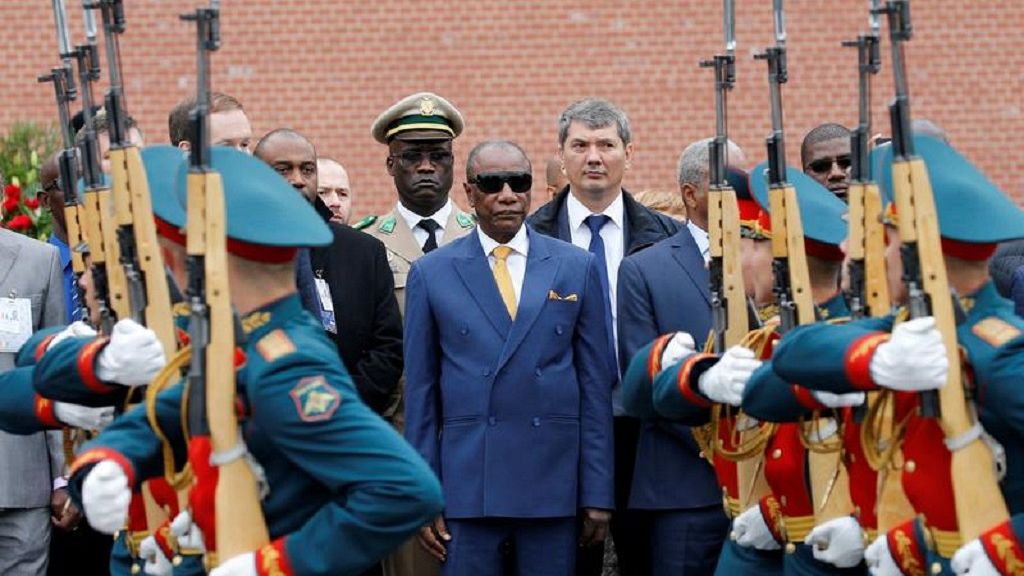 An officer made an announcement on Wednesday morning on state-run TV stressing that they were in control of the southern African country.

They, however, said their move was not a coup and that President Mugabe and his family were safe, a claim confirmed by South Africa’s Jacob Zuma who said Mugabe was fine but confined to his home.

The army says it was only targeting “criminals” around Mugabe. Mugabe has been the country’s only president since independence from the British.

Events leading to the current state of affairs started when Mugabe fired his former vice-president Emmerson Mnangagwa in a move seen as paving the way for his wife, Grace Mugabe, to succeed him.

The army warned it will intervene on Monday but was slammed for the better part of Tuesday for their statement. The actualized their ‘threats’ with Wednesday’s takeover.

What You Need To Know About The ...