Zimbabwean military generals say they are seizing control to take power away from “criminals” around President Robert Mugabe.

The crisis comes a week after Mr Mugabe sacked his deputy, Emmerson Mnangagwa, in favour of his wife, Grace.

Army chief Gen Constantino Chiwenga warned on Monday that the military would step in and take action if such “purges” in the ruling Zanu-PF party did not stop.

Who are the key players in this crisis?

Robert Mugabe was a revolutionary hero when he came to power in Zimbabwe as independence was declared in 1980.

After decades of authoritarian rule, his country is in political and economic turmoil, and claims of government corruption are rife. He is viewed globally with derision.

The 93-year-old is reluctant to relinquish power but as his physical powers have visibly faded, the battle over his succession has come to the fore.

Grace Mugabe, Robert’s second wife and more than 40 years his junior, has risen from typist to the most powerful woman in Zimbabwe.

Her alleged appetite for extravagant shopping earned her the moniker Gucci Grace.

Her supporters point to her charitable work, but her critics accuse her of pursuing a ruthless campaign for wealth and power.

Last week she described her rival, Vice President Mnangagwa, as a “snake” which “must be hit on the head”. The next day President Mugabe sacked him.

Until Mrs Mugabe’s rise as his rival, Emmerson Mnangagwa had long been viewed as President Mugabe’s heir apparent.

He was a fighter for “liberation” prior to independence in 1980, spending time in jail where he was allegedly tortured, and has been in government ever since. He denied any responsibility for the Gukurahundi atrocities in the early independence period, when thousands of civilians were killed in the south of the country.

He is known in Zimbabwe as “ngwena” or “crocodile” because of his political cunning, biding his time in the 1990s to reclaim a position of power after falling foul of Mr Mugabe and being cast into political oblivion.

As a former defence and state security minister, he was a key link between the ruling party and Zimbabwe’s military and intelligence agencies. He is chair of the Joint Operations Command, in charge of state security in Zimbabwe.

Mr Mnangagwa’s deep links with state security would have brought him in close contact with Gen Constantino Chiwenga, the 61-year-old chief of Zimbabwe’s armed forces.

Gen Chiwenga was also a product of the country’s independence struggles, training with the Zimbabwe African National Liberation Army in Mozambique and later rising through its ranks.

He shocked Zimbabweans on Monday when he issued an open warning against those responsible for “purging” the ruling party of those who shared his roots in the country’s struggles against colonialism, saying the military could step in. 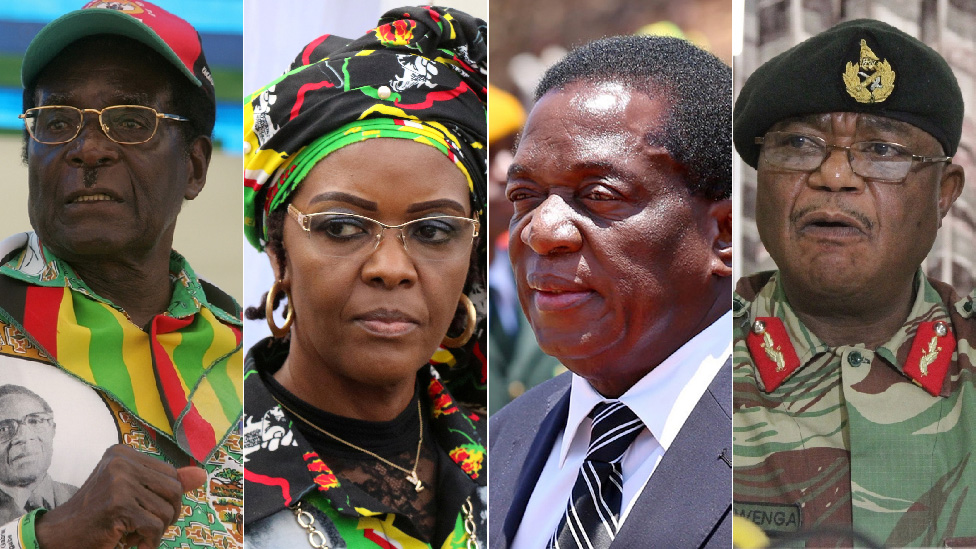