African footballers play all over the world, with only the elite few making it into the top leagues of Europe.

As part of this year’s BBC African Footballer of the Year award, BBC Sport scoured the world to find some of the continent’s most adventurous travellers.

In his early thirties, Kenneth Kerewi had an unfulfilled dream – to play Champions League football.

Playing semi-professionally in Nigeria and working for a local church, the intrepid Nigerian considered distance to be no barrier so travelled nearly 20,000 kilometres to get to the top of his world.

Having studied the globe for somewhere to achieve his goal, Kerewi eventually found an opening in Samoa.

“The whole thing started with my desire to play in a continental Champions League but the only place open for such a chance was the Oceania Champions League,” the 35-year-old told BBC Sport.

“Going through the clubs playing, I found Kiwi FC from Samoa as one of the participating teams. So I got in talks with the Kiwi FC president who was keen on wanting foreign players to come and play.”

The president would not pay for Kerewi’s flight – meaning the Nigerian missed Kiwi FC’s 2016 Champions League campaign but he arrived in June 2016 nonetheless, after finally sourcing some funds.

It wasn’t for Kiwi FC but while on loan with Utulei Youth, a team in American Samoa whose Oceania Champions League qualifier against Lupe Ole Soaga attracted just 100 spectators.

Nonetheless, Kerewi was living the dream – scoring twice as he played the full 90 minutes.

“It was such a great feeling. I can never forget scoring on my continental Champions League debut – and not just scoring but scoring the most fantastic goal of the first stage of the OFC Champions League. I scored direct from a corner.”

He describes the South Pacific island as a “paradise” which he has no plans to leave and now he can boast Champions League football on his CV – and not just during one campaign.

For next season’s Champions League, reigning Samoan title winners Lupe Ole Soaga – the team against whom he scored – have asked him to play for them.

In north Africa however, where he is playing for Al Masry, one of African football’s cult heroes is encountering a new experience.

“It’s a shame that matches here are played behind closed doors at the moment – for security reasons,” he explained. “It would be really super if the supporters could come back into the stadiums.”

Since the Port Said disaster of 2012 – which was then followed by a deadly stampede in 2015 – most football matches in Egypt have taken place without fans.

Meanwhile, Bance’s tips for bedding into a new club appear easy to follow.

“I think humility is important and it’s necessary to stay simple and respect others,” said a striker who helped Burkina Faso reach their first Africa Cup of Nations final in 2013.

However, he admits the endless travelling comes at a price.

“I really miss my country,” he said. “I am here for work – that’s what being a professional is. One is obliged to leave friends, brothers and family to go and play.”

Since she was small, Memory Phiri wanted to be a footballer – but like so many, her parents wanted her to study instead.

“At some point, I told myself that this was what I wanted to do in life so I just started playing football, forgetting about everything my parents were telling me,” the 19-year-old told BBC Sport.

“Football is much more than a sport for me. It’s my life.”

After the teenager played for her high school in Lusaka, she soon earned a place in a club side and ultimately a place in trials for Zambia’s inaugural women’s Under-17 side.

“I was a little bit nervous and didn’t know what to expect, but I told myself ‘I can do this’,” she added.

“I did my best and was selected for a tournament in Sweden. The best game I ever played in my life was the debut I had in Sweden, when I scored a bicycle kick. As soon as I came back, I received a call-up for the Under-17 World Cup qualifiers.”

Soon after, the midfielder was playing at the 2014 World Cup itself in Costa Rica – turning out in all three games as Zambia won one game on its tournament debut.

“Representing my country at World Cup level is the best experience that has ever happened in my life,” added Phiri.

The Zambian has since made her way to the United States, where she is playing at college level for South Western Oklahoma University and hoping to pursue a career in the professional game.

After that, she plans to curtail her globetrotting and become a doctor.

“Before coming here, I promised the world I would get a degree in sports medicine and help a lot of African athletes back home who have injuries and cannot get back on the field.”

African footballers may play all over the world but South America has been a little-used continental springboard for most.

Notable exceptions include Cameroon’s Geremi, a two-time African champion who found his way to Real Madrid via Paraguay, while Uganda captain Ibrahim Sekagya forged his career in Argentina (2001-2007) before making it in Europe.

Now, little-known Burkinabe Salogo Soumaila, 19, is trying to do the same, having joined Brazilian second division side Londrina last year.

“I came here because people say Brazilians are the strongest players in the world, so I said to myself: ‘Why not take up the challenge?'” he told BBC Sport.

To create a career to follow Africa’s biggest football stars, Soumaila’s journey is further evidence that Africans are prepared to travel to the ends of the earth in search of that dream.

“My hope is to have a good season and secure a big deal with a European club. My contribution to African football is very important for me because through that, I think I can be known throughout the world.” 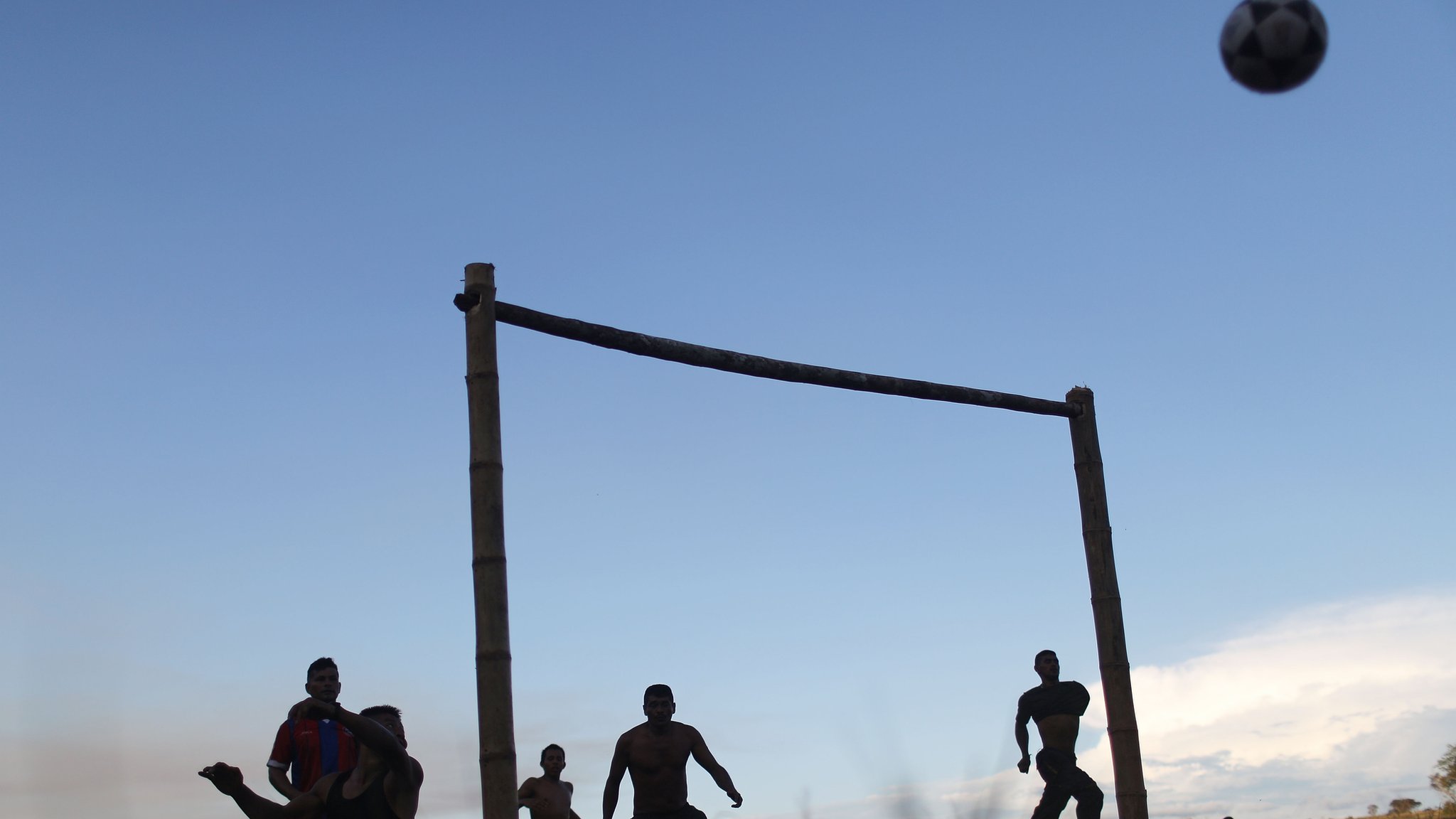