The president of Angola, Joao Lourenco, has fired the daughter of his predecessor as head of the country’s state oil company Sonangol.

Mr Dos Santos was Africa’s second longest-serving leader until he stepped down in September after 37 years.

President Lourenco, known as JLo, has promised to tackle corruption

Correspondents say he wants to weaken the influence of the Dos Santos family.

The country is under increased scrutiny since it was revealed, in the Paradise Papers leak, that its national sovereign wealth state has paid tens of millions in fees to a businessman, who works closely with Isabel’s brother Jose Filomeno.

Angola is Africa’s second-biggest oil producer but its economy has been hit by a drop in oil prices.

Isabel Dos Santos dismissed criticism of her appointment to the head of Sonangol in 2016, later telling the BBC she had faced prejudice:

“The key reason for my appointment is because I come from the business sector and I’ve had a track record of building business,” she told BBC Focus on Africa radio.

Earlier this month, she was the only African woman named in Forbes’ list of the World’s 100 Most Powerful Women in 2017. 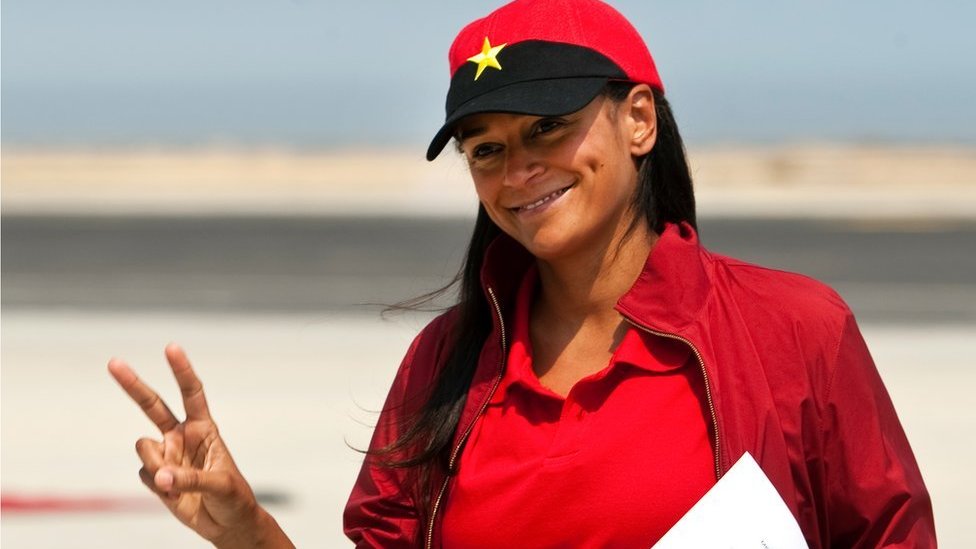