The Nigeria Football Federation (NFF) and the country’s players have signed an agreement concerning the payment structure for the 2018 World Cup.

NFF president Amaju Pinnick says he is determined to avoid the problems that have blighted African teams’ participation at past World Cups.

“We are very happy and excited with this development,” he said.

“This is the first time since I started playing for the senior team that I would see everything regarding preparation and bonuses and allowances put down in black and white and a binding agreement executed.

“It is reassuring that we now have a Federation leadership so committed to making everything work that they arranged this meeting and allowed the players to contribute and then set out to sign the agreement.”

The agreement, which includes the details of the payment structure and exact amounts, was signed after a meeting between senior players and top NFF officials ahead of Tuesday’s 4-2 friendly win against Argentina in the Russian city of Krasnodar.

We also agreed on preparation, such as how much players will be paid for the friendly matches, including how and when the monies would be paid.

NFF vice-president Shehu Dikko says the deal is a comprehensive document that includes the build-up to the tournament in Russia.

“We have concluded negotiations and come to an agreement with the team as regards bonuses, allowances and share of income from Fifa for the 2018 World Cup,” Diko explained.

“Every detail has been agreed on match bonus for each match and each round up to the final as well as share of income from FIFA money for each round until the stage we are able to get to at the finals.

“We also agreed on preparation, such as how much players will be paid for the friendly matches, including how and when the monies would be paid.

“We even delved into how the NFF would apply the funds due to it from Fifa after paying the players their share.”

Pay rows have often surrounded Nigerian teams and players have resisted any attempts to review their win bonus during important qualifiers or at major tournaments.

Nigeria arrived days late for the 2013 Fifa Confederations Cup in Brazil because of a row over player payments, which resulted in the squad refusing to leave a hotel and travel for the World Cup warm-up tournament.

The row led to the NFF implementing a code of conduct ahead of the World Cup finals in Brazil a year later.

However the campaign was still affected by a bonus row, with players boycotting training before the round of 16 fixture against France as they demanded their bonuses and appearance fees.

Then Sports Minister Tammy Danagogo was subsequently dispatched to Brazil by the Nigerian government with millions of dollars in cash to pay the players.

Other African nations, including Ghana, Cameroon and Togo have also faced bonus-related problems and distractions during the World Cup. 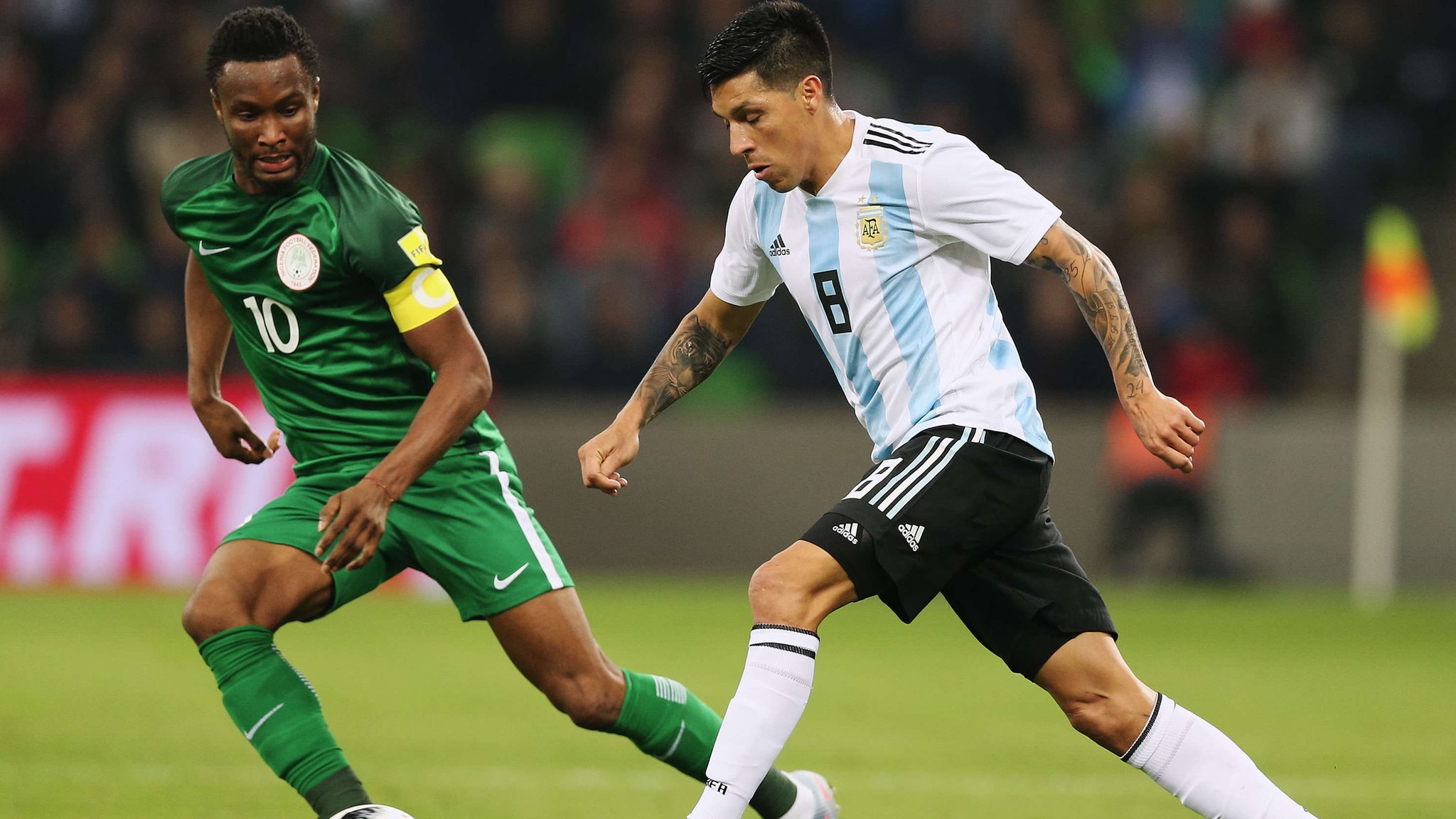