A South African police officer is recovering in hospital after being attacked by members of a church.

The incident happened when traffic officers tried to tow away a car belonging to a member of the Johannesburg church.

A video circulating on social media shows angry congregants approaching the officer, who fired warning shots. The officer is then punched to the ground.

The church has defended its members’ actions, saying they were attacked.

In a Facebook post‚ The Revelation Church of God said: “Instead of police helping to remove squatters from our land‚ they choose to attack church members with shootings & paper [sic] sprays”

But many on social media are blaming the church for the incident, which happened during a service on Sunday.

Local councillor Michael Sun called the attack “cowardly” and called on “the church members where this took place to identify those involved… so these perpetrators can be arrested and charged.”

One of the congregants was arrested for the illegal possession of an officer’s service pistol. 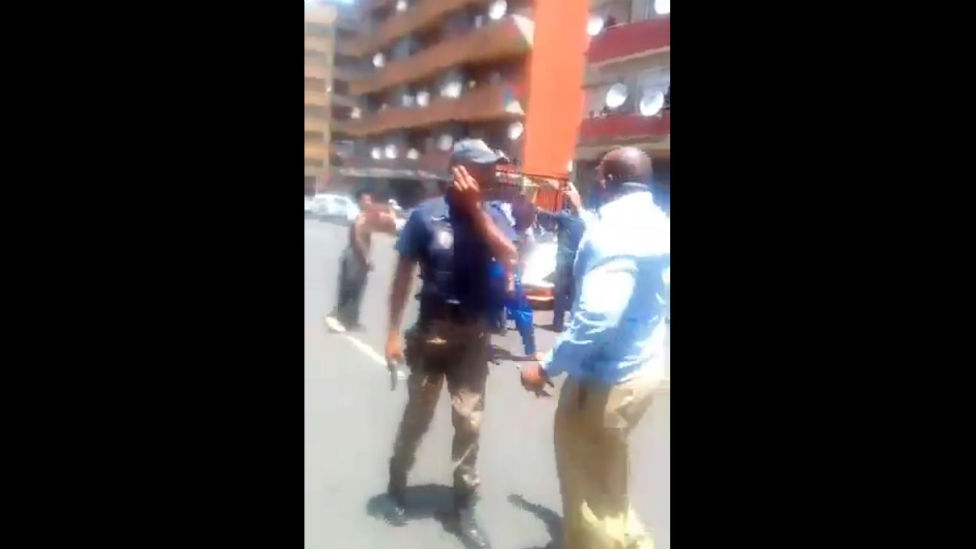 Why the Blacks and the Whites plotted ...