Tunisia qualify for World Cup as DR Congo miss out

Tunisia booked their place in next year’s World Cup finals after securing a point from a goalless draw at home to neighbours Libya on Saturday.

Tunisia finished on 14 points in Group A of the African qualifiers, one ahead of the Democratic Republic of Congo, who fell short despite a 3-1 win over Guinea in Kinshasa at the same time.

Unbeaten Tunisia have been to four previous World Cup finals and were the first African country to win a game at the finals, in 1978.

They were denied a fifth win in six group matches as Libya’s goalkeeper Mohamed Nashnush made a number of key stops.

Tunisia threw everything into attacking in the closing stages to try to force a win in front of their home fans.

Libya avoided last place in the group with the draw as they advanced to four points, with Guinea staying on three.

Libya had been forced to play all of their home games at neutral venues, including Tunisia, because of a Fifa ban on internationals in the country, where the security situation is judged unsafe for visiting teams.

Ousmane Sidibe’s own goal set DR Congo on their way against Guinea but they were pegged back by Keita Karamokoba’s equaliser.

Jonathan Bolingi’s penalty and a goal from Fulham’s Neeskens Kebano, both in injury time, gave the Leopards all three points and left them hoping for a Libya winner, but Tunisia held firm to seal their ticket to Russia. 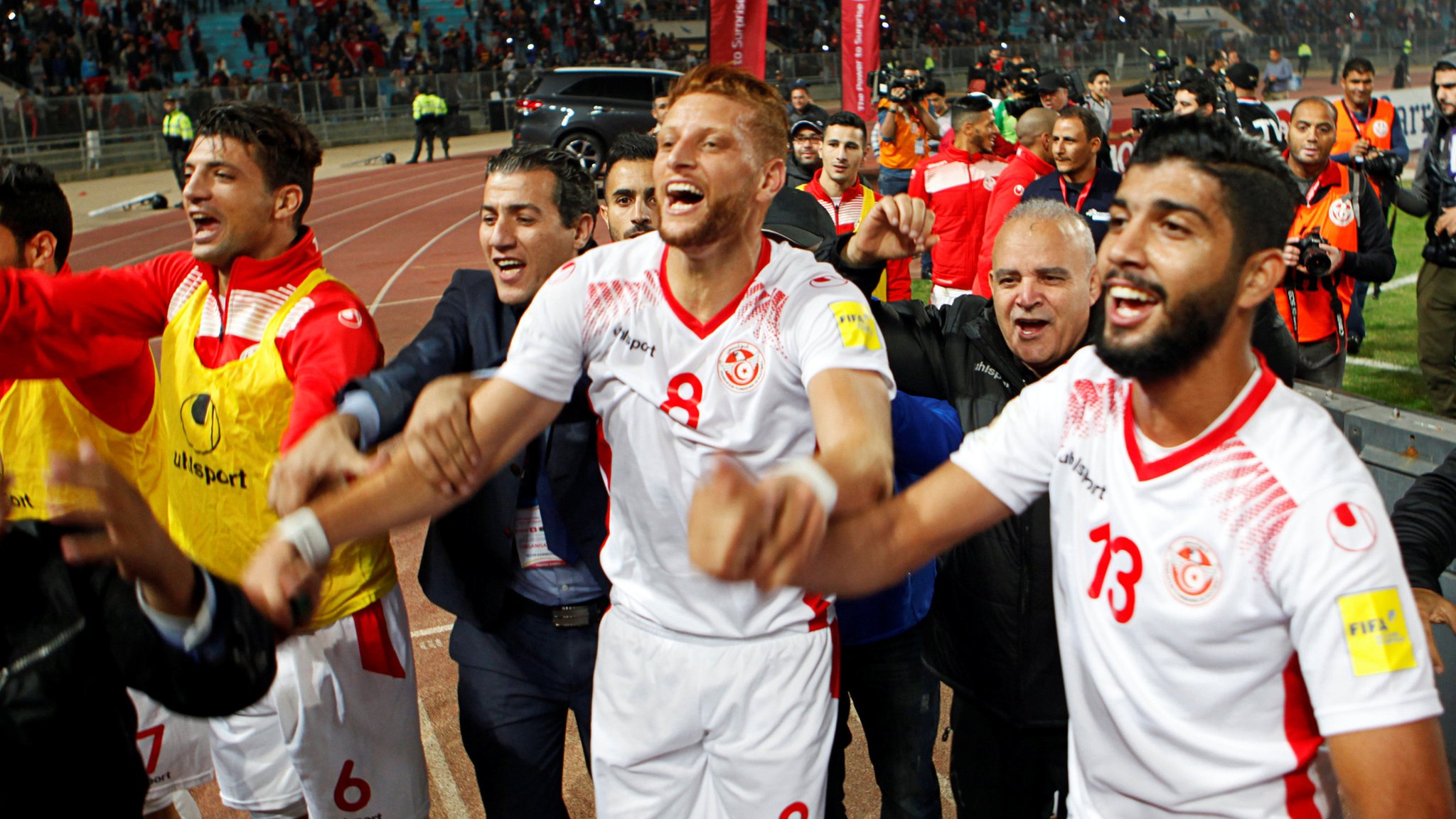