Voting for the BBC African Footballer of the Year 2017 has opened.

The winner of this year’s award will be announced on Monday 11 December, live on BBC World TV and BBC World Service Radio, starting from 17:35 GMT.

The BBC Sport and BBC Africa websites will also carry the announcement.

Borussia Dortmund and Gabon striker Aubameyang is on the shortlist for the fifth consecutive year, while Liverpool’s Senegalese star Mane is nominated for a third time.

The rest of the nominees – Guinean Keita (RB Leipzig), Nigeria’s Moses (Chelsea) and Salah of Egypt (Liverpool) – have never been on the shortlist before.

Despite their Nations Cup triumph in February, no Cameroonian has made a list selected by a combination of Africa-based journalists and coaches, and BBC staff.

Aubameyang, 28, has had an outstanding 2017, scoring 35 goals for Dortmund, with whom he won the German Cup.

The Gabonese became the first African to top the Bundesliga scoring charts outright and only the fourth player in Bundesliga history to hit over 30 goals – a feat that helped him become the sole African on Fifa’s Player of the Year shortlist.

Joining Aubameyang in the Bundesliga team of the season was Keita, the Guinean midfielder who startled everybody with his form for RB Leipzig in a brilliant debut season for both – as the new boys finished second in the league.

The 22-year-old scored eight goals and made seven others en route to being voted the best midfielder in the division and earning an African record transfer fee to Liverpool, who he will join next July.

Voted on to the PFA Team of the Year and crowned Liverpool’s Player of the Year, Mane, 25, was also one of just two Africans to make the Ballon d’Or shortlist.

He also shone as Senegal reached their first World Cup since 2002. A clinical victory over a South Africa at the Peter Mokaba Stadium in Polokwane sealed their place in Russia, with Mane key to the Teranga Lions’ victory with both assists in a 2-0 win.

Liverpool’s then-record buy finished his first season at the club as the joint top scorer as the Reds qualified for the Champions League with only their second top-four finish in eight years.

After so many years on the Chelsea sidelines, Nigeria’s Moses finally established himself at Stamford Bridge – and the wait was worth it as he ended the season as a regular starter, a Premier League champion and with an FA Cup runners-up medal.

Moses was reborn under coach Antonio Conte, who spotted qualities that previous Chelsea managers hadn’t, as he converted into a right wing-back with natural attacking instincts and defensive diligence. He also helped Nigeria qualify for Russia 2018.

Mo Salah was King of the Pharaohs in 2017 – scoring a dramatic stoppage-time penalty against Congo to fire Egypt to their first World Cup since 1990 while also having a hand in four of the North Africans’ five goals as they finished runners-up at the Africa Cup of Nations.

He also performed at club level – scoring 15 goals and making 11 others as Roma finished Serie A runners-up behind Juventus before starting his Liverpool career in equally impressive fashion, with 12 goals from his first 17 games. 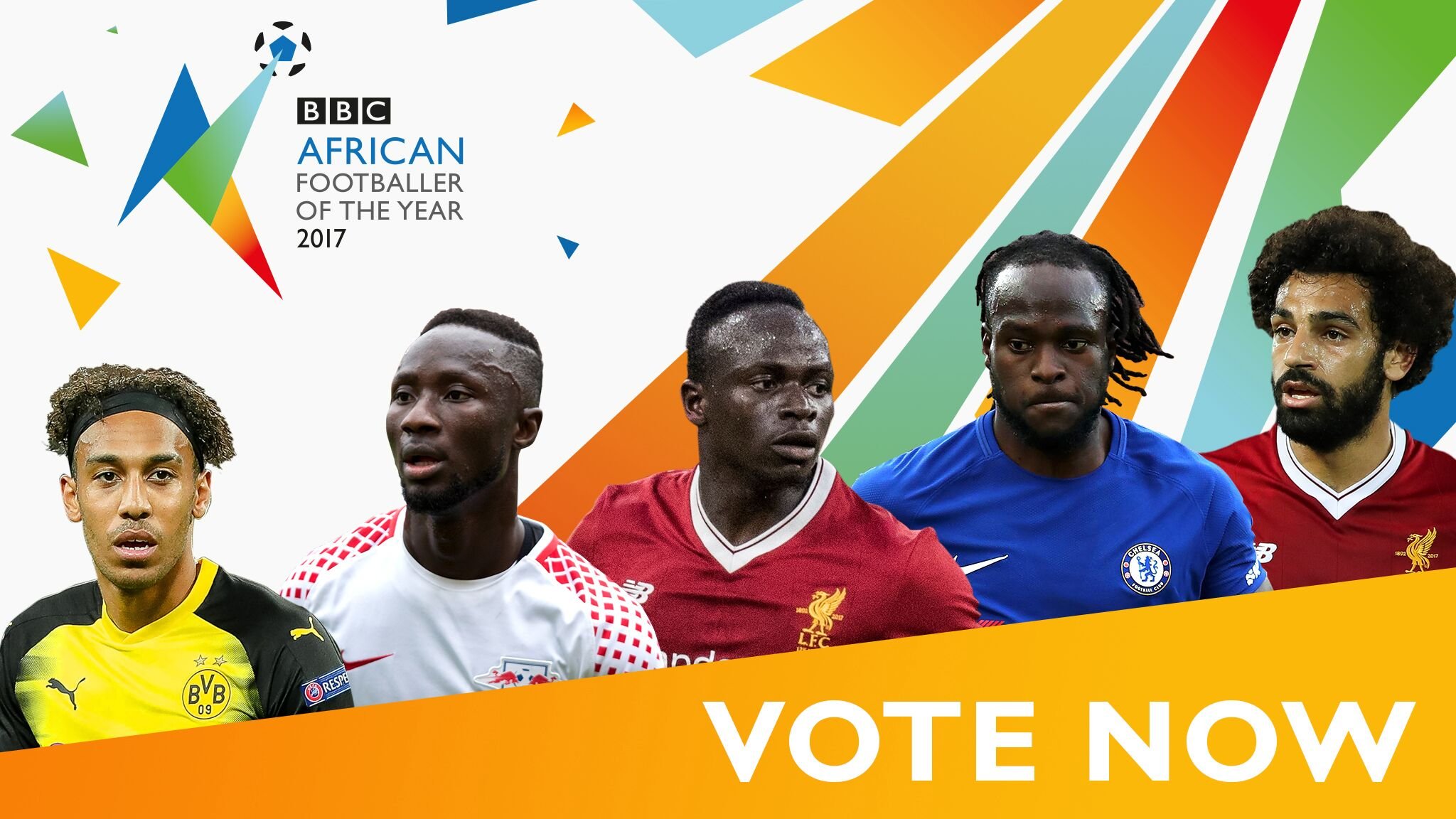 African Footballer of the Year – meet ...