Senegal qualified for their second appearance at the World Cup finals, returning after a 16-year absence, with a clinical victory over a luckless South Africa at the Peter Mokaba Stadium in Polokwane.

Sadio Mane, who made an earlier-than-expected return from injury, was key to the Teranga Lions’ victory.

The Liverpool winger then helped to seal the game for the West Africans seven minutes before half time.

His close range shot was saved by Khune, the loose ball fortuitously rebounding into the net off the head of defender Thamsanqa Mkhize, who was prone on the ground.

Bafana Bafana were desperately unlucky not to be on level terms before that setback as Lebogang Manyama struck the crossbar from close range while Percy Tau was unable to poke home the rebound that fell into his path after Senegal goalkeeper Khadim Ndiaye saved a Themba Zwane effort.

The home side’s short-passing game troubled a Senegal defence missing the suspended Kara Mbodji but Bafana’s perennial problem of failing to convert clear-cut chances proved to be the their undoing.

Dominance of territory, possession and creating several scoring chances proved irrelevant as Senegal converted the few they had to clinch their World Cup berth.

Qualifying his team for the World Cup sees Senegal coach Aliou Cisse joining the late former Nigeria captain Stephen Keshi as individuals who have played at and qualified a team for Fifa’s showpiece event.

The sides meet again in Dakar on Tuesday in a game that is now of academic interest as Senegal join Nigeria and Egypt as the third of Africa’s five qualifiers. 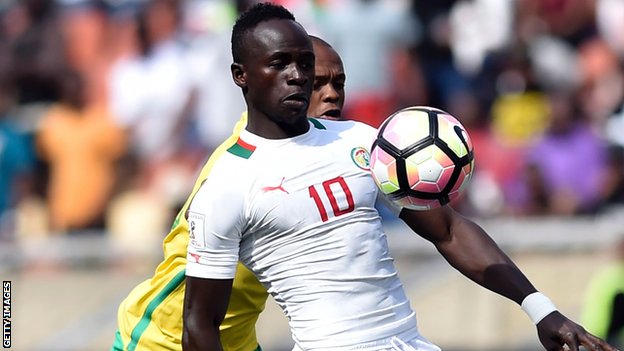