The two men were handed back to their commander in 2015 despite injuring the UN peacekeeper – a war crime under international law.

Because the incident happened shortly before crucial elections, UN officials chose to “appease the electoral process” by “set[ing] the alleged war criminals free, handing them over”, a UN report says.

This revelation is the latest blow for a peacekeeping mission beset by problems.

The incident itself took place in December 2015.

Four rebel soldiers belonging to a mainly Muslim militia, Union pour la Paix en Centrafrique (UPC) which translates as the Union for Peace in CAR, approached a UN checkpoint on motorcycles in the central town of Galaboroma.

A peacekeeper asked them to stop and told them to put their hands above their heads for a search. But instead, two of the men took out weapons and aimed at the UN troops, a confidential investigative report reveals.

UN soldiers shot back, killing a rebel named Junior and injuring another.

The remaining two rebels were arrested and transferred to the battalion headquarters in the nearby mining town of Bambari. The detained men had allegedly injured one of the UN peacekeepers.

Following a previous attack against civilians and UN peacekeepers, the UN mission in CAR, known as Minusca, said: “Any attack targeting the civilian population, UN and humanitarian personnel is a war crime that can be prosecuted in accordance with Central African law and international law.”

For its part, the UPC denied that its troops had attacked the UN peacekeepers. “It’s false,” said UPC spokesman Souleymane Daouda.

But the UN’s top official in Bambari at the time, Zlatko Bars-Dimitroff, recommended an “immediate transfer” of the rebels to Bangui for a “proper investigation” by local judicial authorities.

For the next 14 days, a flurry of emails between senior UN and CAR officials decided the fate of the two rebels – Rodolphe Sombo-Igain and Ilyassa Ibrahim.

‘They effectively let them go’

“Kindly convey to UPC leadership that by taking such reckless actions their elements have committed a serious crime which cannot go unpunished,” Parfait Onanga-Anyanga, the head of the UN peacekeeping mission in CAR, known as Minusca, wrote in an email obtained by the BBC.

“UPC would receive a strong message that attacks against Minusca [the UN peacekeeping mission in CAR] will have consequences (no impunity),” Mr Bars-Dimitroff wrote in agreement.

Yet, in order to “appease the electoral process in Ouaka Region, UN authorities decided to set the alleged war criminals free, handing them over to local UPC leader Ali Darassa,” the confidential UN report says.

Human Rights Watch has documented multiple war crimes committed by Mr Darassa and his faction, one of the major rebel groups fighting for control of the country’s resource-rich central region.

Technically, the two rebel soldiers were released on “liberté provisoire”, (provisional freedom) and effectively means the court can still investigate the suspect while that person is free from detention.

But “releasing someone on ‘liberté provisoire’ in the current context, is effectively just letting them go,” explained Human Rights Watch researcher Lewis Mudge.

How to referee warlords in the age of Trump

Since 2011, there have only been two criminal sessions in the country – both at the high court in Bangui. Neither of these sessions addressed crimes committed during the conflict.

Officials within the UN have questioned the decision to release two rebel soldiers. One staff member, Nicholas Vysny, wrote in an internal email chain that the peacekeeping mission needs to be “careful… to avoid giving the impression that justice is negotiable”.

Indeed, there is a pattern of the UN peacekeepers not seeking accountability of armed groups.

The researcher found that the rebels killed eight civilians, shooting one in the head. The UPC denies the allegations.

Releasing the prisoners was “a difficult decision,” said Diane Corner, a senior political leader at the UN during the incidents.

“The need to ensure calm for the elections was a concern,” Ms Corner told the BBC. However, looking back, she said, “it was not the motivation” for the release of the two detainees.

UN spokesman Vlad Monteiro said the rebels were released “to allow for further investigations to continue.” Yet, nearly two years later, no charges against the pair have been made.

“When Darassa’s men can shoot at peacekeepers and massacre civilians with no repercussions, it does open the question as to the level of commitment of the national government, Minusca and international partners towards ensuring accountability,” Mr Mudge said.

“The real problem is that Darassa understands this impunity,” Mr Mudge continued. “He is not stupid and he grows more and more bold every time his men kill and rape without repercussion.”

The BBC was unable to speak directly with either Mr Sombo-Igain or Mr Ibrahim, the two alleged war criminals, to get their account of the incident.

This wasn’t the first time the UPC may have got away with murder.

A few months prior to the Ngakobo incident, a UN peacekeeper, Warrant Officer Claude Buzindu Bendera, disappeared in Bambari.

At around 23:00 one evening in July 2015, the father of six had walked alone from his post towards another UN building, passing Mr Darassa’s guarded compound on the way.

Minutes later, nearby UN troops heard a “burst” of 5 or 6 gunshots. Claude Bendera never arrived at his destination.

The commander of the Congelese battalion, Colonel Clement Bitangalo Bulime, immediately contacted three members of the UPC who “tried to hide the matters,” according to the incident report.

After UPC rebels barred access to the alleged crime scene the next day, UN investigators discovered military shoelaces along with “goat skin and blood marks” that had been washed “with the objective of removing the blood stains”.

The incident report concludes: “All evidences indicates that knowingly or unknowingly the Warrant Officer was killed by the UPC armed group person and later on they tried to hide the scene with putting [sic] lots of fake and diversionary means.”

Publicly, the UN never acknowledged his presumed death and he still hasn’t been logged as a death in public UN documents.

“We remain optimistic that he may be alive.”

Attempts to contact his family using next of kin information were unsuccessful. The spokesman for the DR Congo army could not be reached.

For his part, Mr Darassa denied everything, telling the UN “he was not aware of the source of the gunshots”.

During the meeting, Mr Darassa suggested creating a new committee to make the public aware of “the need for greater social cohesion for the return of peace”. 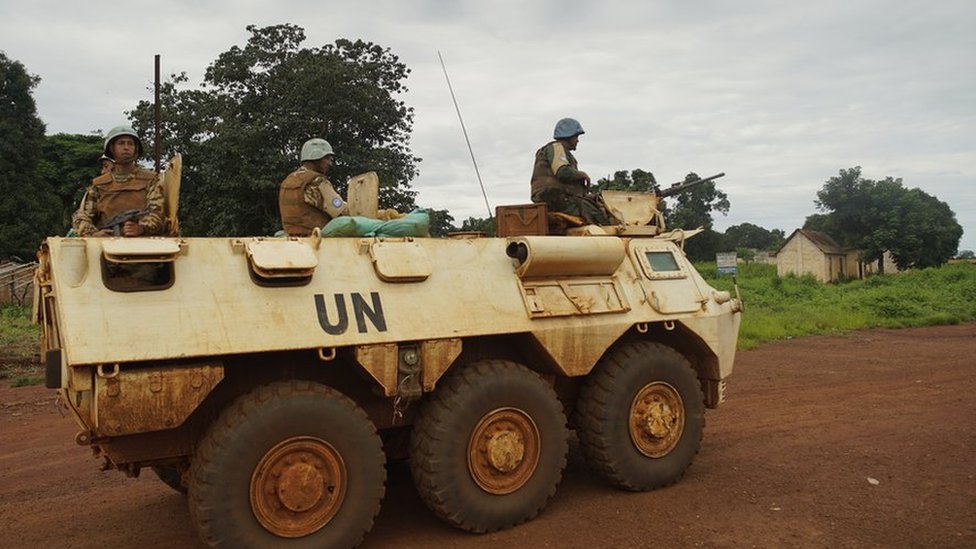