Liberia FA suspends coaches’ contracts in order to save money

The Liberia Football Association (LFA) has suspend the contracts of national team coach James Debbah and his deputies in order to save money.

The LFA is also working to pay all thearrears owed to Debbah and his team.

The association’s vice president, Musa Shannon, says the contracts will resume ahead of Liberia’s next competitive game in March.

“We decided to shut sown the process of the national team as don’t have a match until March,” he explained.

“We have no match in November, December, January or February our next match is in March and that’s US $40,000 that we can’t afford to pay.

“All we are trying to to do is have a professional and efficient institution that honours its responsibilities and sometimes you have to take a step back and say ‘I can’t afford this.’

“But in the future if the service you provide is the service we need and at that point we can recommence the service when we have a clearer picture of who’s going to be responsible to continue to pay their contracts.”

Shannon says he hopes that Debbah and his team will accept the decision to pause their contracts until March’s 2019 Africa Cup of Nations qualifier against DR Congo.

“I think they are professionals and I think anybody who cares about the institution of the Liberia Football Association will see reason and logic behind this decision,” he explained.

“We are working feverishly (to settle their arrears) we paid two months salary last month and we continue to work hard to settle the debt that is owed to the coaches.

“The LFA is not negating its responsibility financial liability to Mr Debbah and his team.” 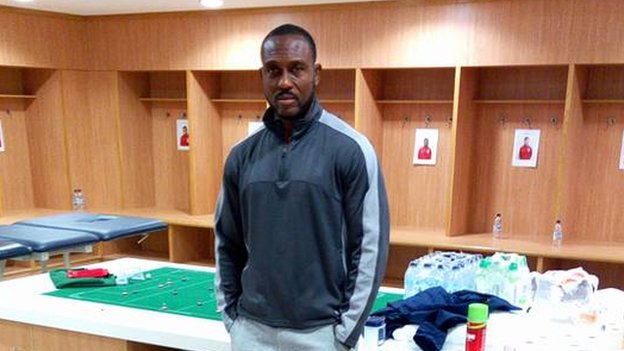