The International Criminal Court (ICC) has authorised prosecutors to open a full investigation into alleged crimes against humanity in Burundi.

The move comes just weeks after the country became the first member to withdraw from the international court.

Unrest broke out in Burundi in 2015 after President Pierre Nkurunziza decided to run for office a third time.

Rights groups say hundreds of people were killed. UN investigators say there is evidence of crimes against humanity.

They issued a report in September detailing killings, torture and rape, which they say have been committed largely by government forces – but also by opposition groups.

The UN report urged the ICC, based The Hague, to launch an inquiry.

In 2015 security forces launched a crackdown after major protests against President Nkurunziza’s decision to stand for re-election. Groups disagreed over whether the candidacy was constitutional.

The ICC statement said hundreds of people had disappeared in the country, and thousands had been illegally detained and tortured.

As many as 400,000 people may have been displaced in the violence, it said.

Burundi withdrew from the ICC on 27 October after accusing the court of deliberately targeting Africans for prosecution. The African Union called for a mass withdrawal of member states in February over the issue.

The international court insists it “retains jurisdiction” to investigate and prosecute any alleged crimes on the continent.

But the case of Sudan’s President Omar al-Bashir, one of the ICC’s “most wanted”, has highlighted the difficulty of getting a non-member to co-operate in surrendering suspects.

Responding to news of the ICC case, a senior Burundian presidential spokesperson accused the court of “outrageous lies to implement Westerners’ hidden agenda to destabilize Africa”.

She said her government had no intention of co-operating with the investigation.

The ICC and global justice: 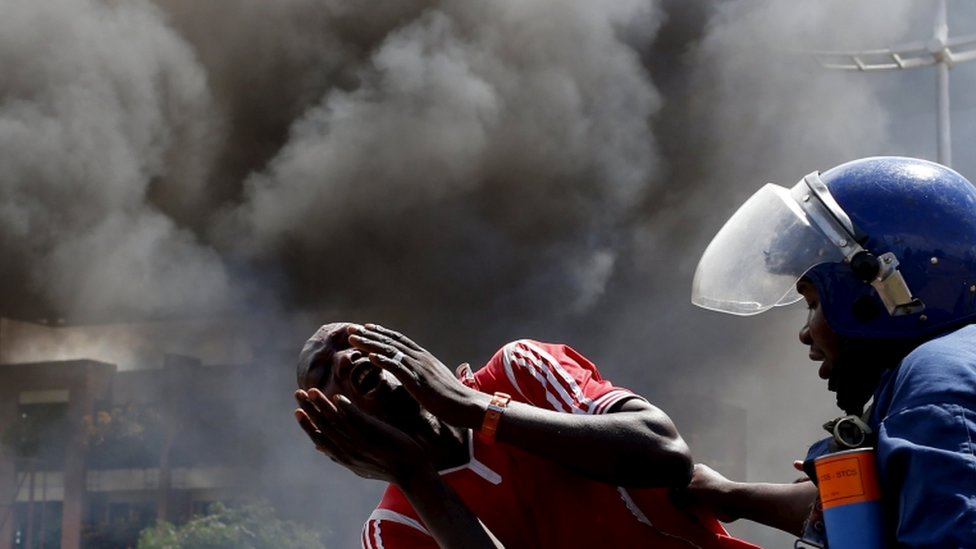