It comes after at least two military police officers were killed at a security checkpoint earlier this week.

Dozens were killed last month in a violent crackdown on protests against the mainly French-speaking government.

Many English speakers accuse the Francophone majority of discrimination.

Cameroon newspapers list Sisiku Ayuk Tabe – the president of the Anglophone consortium – as among those wanted.

The paper Le Jour, which is the leading French daily in the country, says that files have been prepared and submitted to international police with a view to extraditing Mr Tabe and his colleagues.

Demands for independence have grown in the two regions in recent years and tension has been escalating.

Anglophone activists launched a wave of demonstrations a year ago against what they see as marginalisation.

The subsequent crackdown by state forces, including the use of helicopter gunships to fire on civilians, has killed dozens of people and bolstered support for the separatist movement. 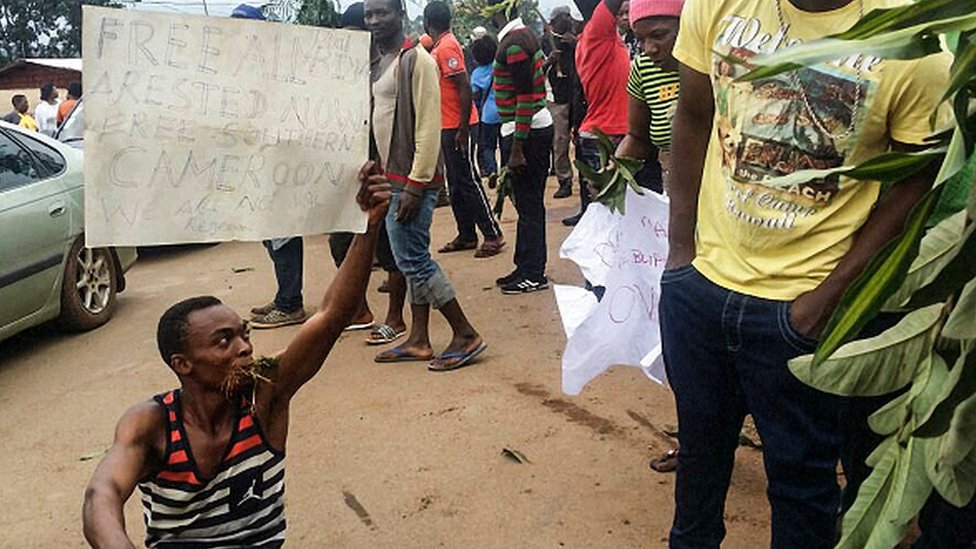