At least six children have been killed and 25 others injured in an explosion at a primary school in north-west Tanzania, witnesses say.

Reports say the pupils were playing with an object which blew up.

Three were pronounced dead at the time they arrived at hospital. The others succumbed to their wounds, Rulenge hospital’s doctor in charge, Sister Maria Goreth Fredricks, told the BBC.

The school is in Kagera region near the border with Burundi.

Kagera regional police chief Augustine Orome said a security team had been dispatched to the school in Kihinga village.

The BBC’s Leonard Mubali in Tanzania reports that the device that exploded is likely to be a grenade. He says that the region hosts refugees from neighbouring Burundi, some of them ex-soldiers, who could have abandoned their weapons in the area.

He adds that the region is also a transit point for arms and it is not uncommon for residents to come across weapons. 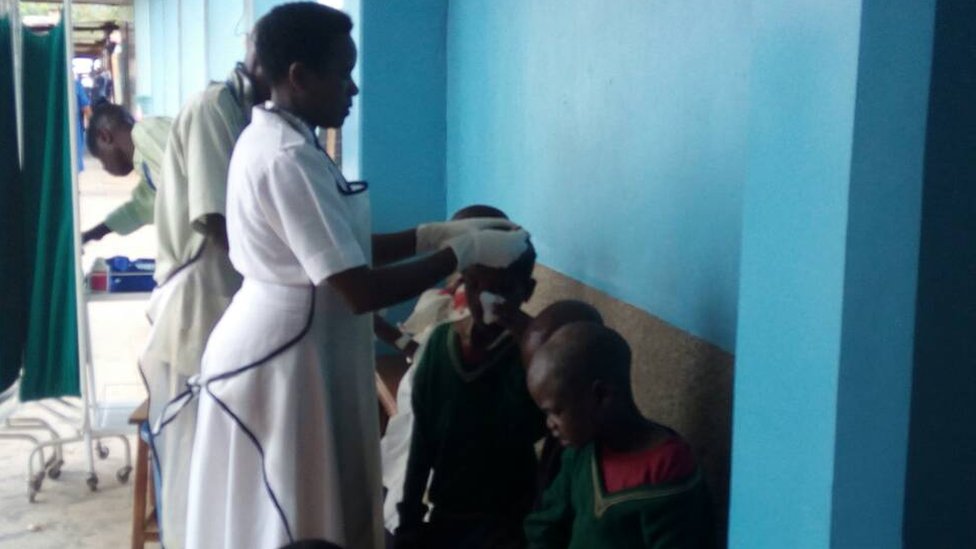 Leaving banking to be a UK snail ...