Walvis Bay is a part of Namibia tourists don’t visit much.

The huge industrial port is filled with towering freighters and trawlers flanked by dozens of smelly fish plants. Rickety shacks line the roads along which the work-force are making their way home.

Until recently, some of the schools here were just tents. Some of the hospitals and clinics don’t have enough doctors, let alone medicine.

But despite appearances – on paper, Walvis Bay is a boom town.

Riches of the sea

The Atlantic Ocean off Namibia’s Skeleton Coast is teeming with fish.

But some of the workers who are employed in the fishing industry are frustrated. They suspect foreign investors are profiting from their hard work, and from their country’s natural resources.

“It’s not staying in Namibia,” fish plant manager Avram, not his real name, tells the BBC.

“I don’t think that tax is being paid to our government, otherwise they would be able to provide us with the necessary basics.”

He is not wrong.

Two trawlers anchored out in the harbour provide a very small part of the answer. The Leader and the Sheriff belong to one of the world’s biggest fishing companies, the Hong-Kong based Pacific Andes.

In 2012, the company was invited into Namibia to work with some local investors, providing expertise and money, while the Namibians would bring fishing rights. The result is Atlantic Pacific Fishing (APF), 51% Namibian owned.

Ivo de Gouveia’s brother was one of the shareholders. They pretty quickly began to suspect all was not well.

“These people offered a lot of promises but it never came to be,” Ivo tells the BBC. “They were never transparent.”

The finance was especially worrying – they had never seen any documents, Ivo said.

Here though, the BBC could fill him in.

It seems APF signed a deal with a company called Brandberg to manage their affairs, in return for 4% of the company’s revenues.

But despite being named after a Namibian mountain, Brandberg is based 4,000 miles away – in Mauritius.

Why? Well, because of the island’s double taxation treaties with Namibia, signed more than 20 years ago.

In theory, this agreement means that companies operating in two countries can avoid being taxed in both by deciding which one would get the tax.

In this case, it is Mauritius which gets the money. But, it doesn’t always work out fairly.

“When you think of Mauritius, you probably think palm-fringed beach but in fact Mauritius is a key location for tax avoidance, whereby companies can locate and avoid paying tax in some of the poorest countries in the world,” Action Aid’s Anna Thomas told the BBC.

It is just one piece in the jigsaw of tax avoidance worldwide.

Ms Thomas added: “The IMF estimates that $200bn is lost every year by developing countries due to tax avoidance. That’s a huge amount of money and it could be paying for schools and hospitals.”

The effects can be seen in Namibia, a country where fishing, mining and farming account for nearly two-thirds of the country’s economy, they contribute just 13% of the tax take.

“It is absolutely untenable that we continue, year in, year out, giving resources away, see wealth built up in countries where the investors come from, but where the resource comes from, there is perpetual poverty and very little, small return from these natural resources,” Namibian Finance Minister Carl Schettwein told the BBC.

The BBC went looking for Brandberg at its registered address in Port Louis, Mauritius. Only, it couldn’t find the company.

Where it should have been, we found instead an office for Appleby, one of the world’s largest providers of offshore legal services.

One of the services they offer to their foreign clients is registering foreign companies in Mauritius.

We now have an unprecedented insight into how this is done – thanks to the huge leak of confidential documents from law firm Appleby. The “Paradise Papers” cache was obtained by German newspaper Sueddeutsche Zeitung who shared them with the International Consortium of Investigative Journalists. File on 4, and Panorama have been reviewing them.

They show that Brandberg appears to have no economic activity in Mauritius. The only two directors of the company based in Mauritius both work for Appleby. And an email from a firm of auditors asking for the physical address of Brandberg is told in reply: Hong Kong.

It is just one example, but Martin Hearson, a fellow at the London School of Economics who has been looking into the negative impact of double taxation agreements on the developing world, says it is part of a common tax avoidance strategy known as “treaty shopping”.

“What we can say is there are many of the hallmarks of what you would expect to see were you looking at a treaty shopping structure.”

Mr Hearson continued: “It sounds like the management fees, management services that are being provided, are coming from other places, such as Hong Kong or maybe Namibia, itself. And in that case, the reason for the payments to go to Mauritius rather than directly to the place where the management fees were would be to obtain the treaty benefits.”

In short, he concluded it was “what you would expect to see if this was set up to avoid taxes in Namibia”.

But Pacific Andes told the BBC this was just a coincidence, and that the Mauritius office was initially meant to manage a number of investments across Africa which did not materialise.

As a result, instead of setting up their own office, the company has operated through a contract management company.

It strongly denied abuse of the tax treaty, and said it had paid all taxes due in both countries. It also said that, from late 2015 “effectively all funds remained in Namibia”.

Pacific Andes also denied allegations that it was not transparent with the Namibian shareholder and said that a high standard of corporate governance has been adhered to at all times, arguing it had given them a generous fee in return for their fishing quotas and that the business was able to employ more than 100 Namibians.

The BBC asked Appleby about the way it had set up Brandberg and the avoidance of tax in Namibia. The company refused to comment on individual cases, citing client confidentiality but denies any wrongdoing and says it advises clients on legitimate and lawful ways to conduct their business.

Back in Namibia Atlantic Pacific is now being wound up. The Namibian tax authorities are also launching an investigation into the parent company.

For the residents of Walvis Bay it is another disappointment.

“I feel I want to leave my country which I love,” Avram tells the BBC. “I can’t see a future for my kids here any more.”

The 13.4 million records were passed to German newspaper Süddeutsche Zeitung and then shared with the International Consortium of Investigative Journalists (ICIJ). Panorama has led research for the BBC as part of a global investigation involving nearly 100 other media organisations, including the Guardian, in 67 countries. The BBC does not know the identity of the source. 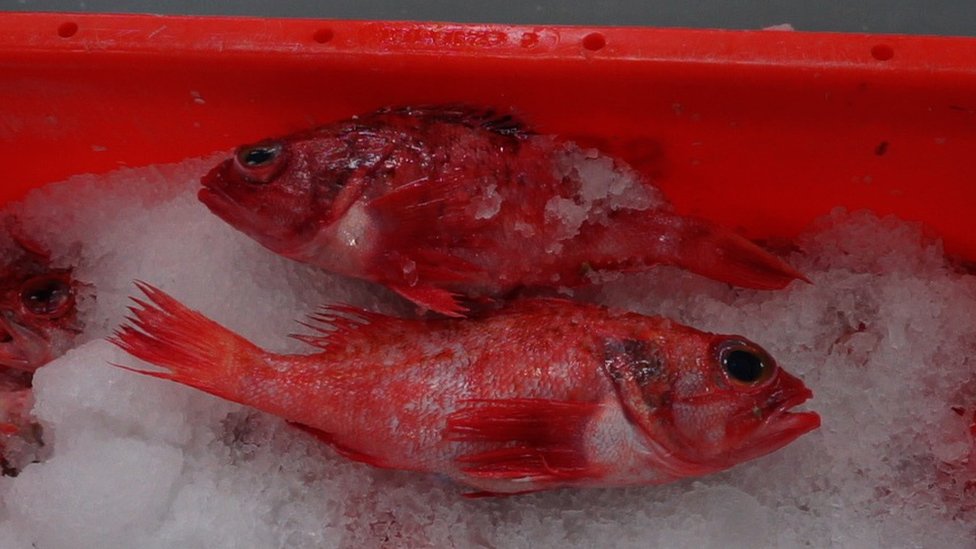 How making maps can save lives