They said the Court of Cassation had confirmed a verdict that the 35 year old broke a 2013 law banning protests and endangered the public interest.

Abdel Fattah has about 18 months left of his sentence, but is also on trial for allegedly insulting the judiciary.

He and at least 23 other defendants, including politicians Amr Hamzawy and Essam Sultan, face up to four years in prison if they are found guilty. A verdict is expected in December.

Abdel Fattah rose to prominence during the 2011 uprising against President Hosni Mubarak.

He subsequently campaigned against the military council that ruled Egypt for 17 months after Mr Mubarak’s resignation and the ousting of his successor, Mohammed Morsi.

After Morsi was overthrown by the military in 2013, Abdel Fattah opposed the sweeping crackdown on dissent launched by President Abdul Fattah al-Sisi.

Since then, the authorities have arrested or charged at least 60,000 people, forcibly disappeared hundreds for months at a time, handed down preliminary death sentences to hundreds more, and sent 15,000 civilians to military courts, according to Human Rights Watch.

Abel Fattah was among 25 people arrested on a range of charges stemming from their involvement in a peaceful protest in November 2013 outside the Shura Council building in Cairo by the group No to Military Trials for Civilians.

Police violently dispersed the demonstration, which took place two days after the government issued a law banning any gatherings of more than 10 people that were not approved by the interior ministry.

Abdel Fattah’s sentence was reduced to five years after a retrial that ended in February 2015. The others, except for one man also found guilty of carrying a knife, were handed three-year terms.

President Sisi pardoned 18 of the protesters that October, but Abdel Fattah was not among them.

On Wednesday, Abdel Fattah’s aunt, the novelist Ahdaf Souief, said the Court of Cassation had “changed the terminology” of his sentence but upheld the term.

The court had also confirmed that he would face five years subject to probation measures that Amnesty International said would amount to a deprivation of liberty, she added.

“I’m sorry. Our hearts are with everyone who’s been following us and rooting for Alaa and justice. We stay together. #freeAlaa,” Ms Souief wrote on Twitter.

Human rights lawyer Mokhtar Mounir said: “The Court of Cassation is destroying the altar of justice and turning it into an arena for political revenge against opponents of the regime.” 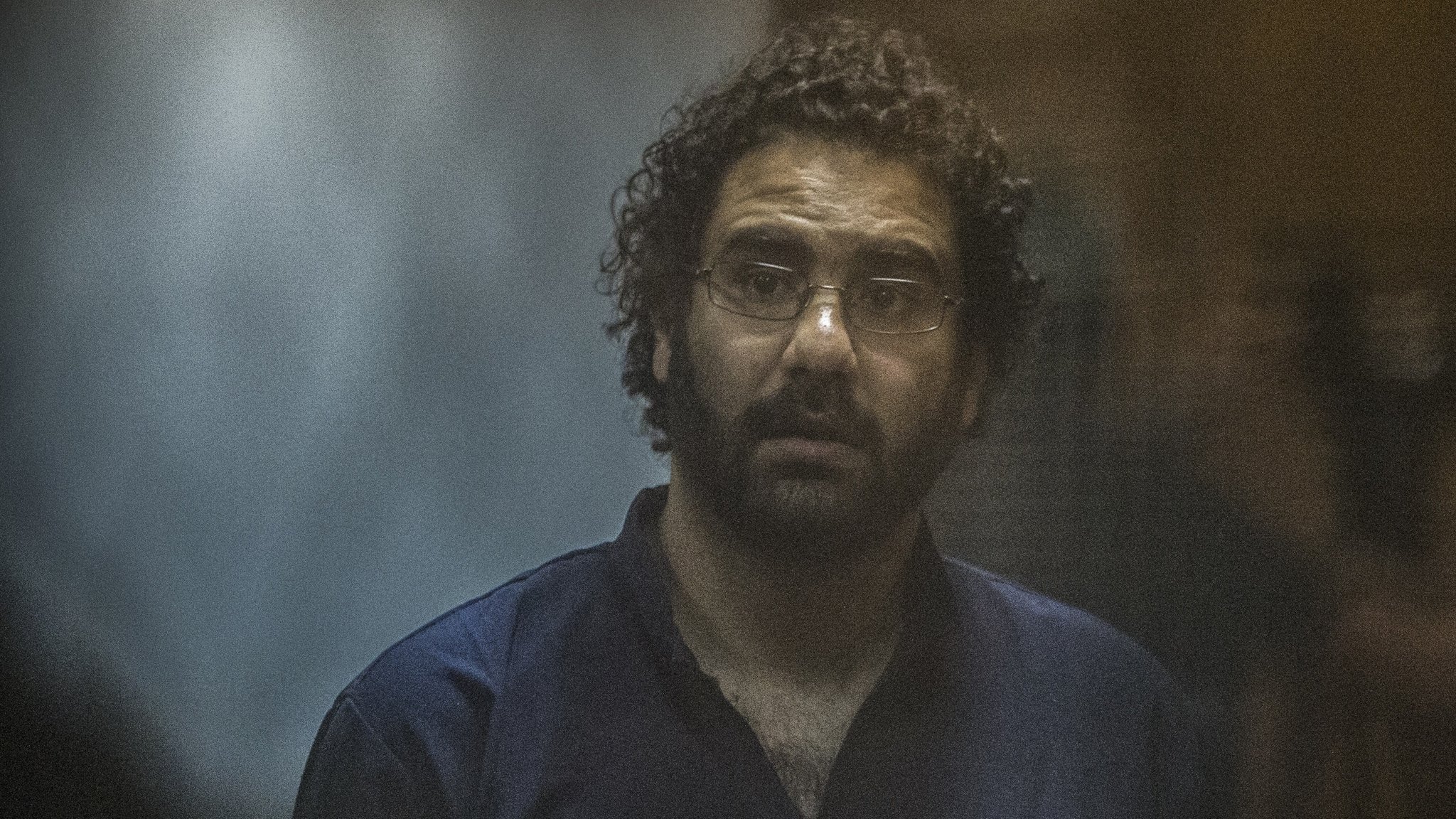