A Danish man whose freezer contained women’s genitals has been found guilty of various crimes by a South African court – but not female genital mutilation.

Peter Frederiksen was found guilty of rape, production and possession of child pornography, conspiracy to murder and numerous other charges.

But the charges relating to mutilating women were dropped last month.

A judge was unable to find him guilty due to a loophole in South African law.

According to local media, the law was unclear on what penalties removing body tissue without consent should carry.

‘Not a man of high morals’

Police found 21 women’s body parts in his freezer in Bloemfontein in 2015, neatly labelled in plastic bags with a date, the name of a woman and where she was from, the BBC’s Milton Nkosi reported at the time.

Frederiksen, who was also wanted in his native Denmark for alleged illegal dealing in firearms, was arrested and held in prison while he awaited trial.

His wife Anna Matseliso Molise was due to testify against her husband at his trial.

However, she was killed a month later, dying in hospital after being shot four times outside her home in Maseru, Lesotho.

The court heard in August how he paid a man he met in prison, who turned state’s witness, to arrange her death.

Judge Johann Daffue, sitting at the Bloemfontein High Court, found him guilty of the remaining 36 out of 38 counts, laying them all out in a judgement which took almost four hours to deliver, according to IOL Africa.

“The accused is certainly not a man of high moral standing,” he told the court. “He simultaneously married two women and was involved with people who believed in Satanism.”

Frederiksen will be sentenced at a later date, with Danish newspaper Ekstrabladet [in Danish] reporting he faces up to 25 years behind bars.

He has vowed to appeal, the newspaper said. 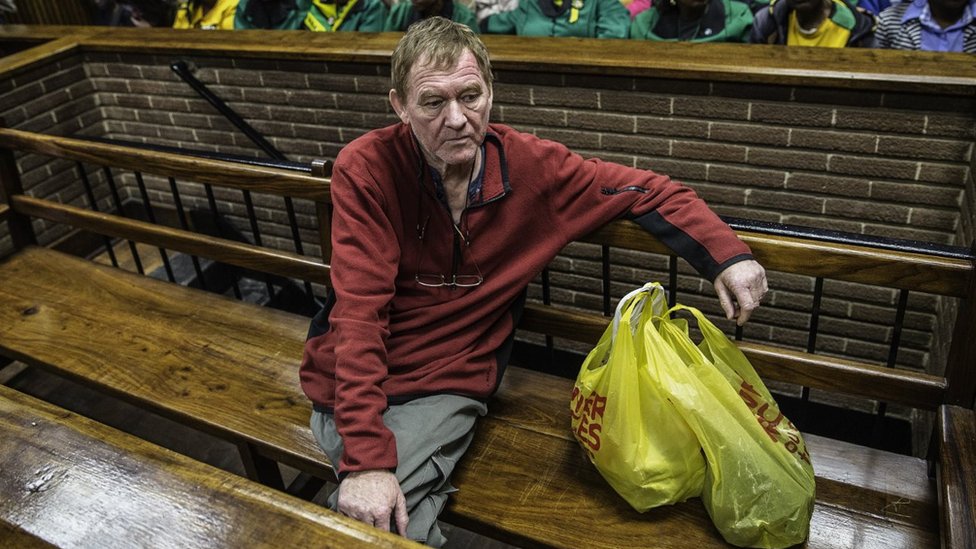