An entrepreneur charged with managing the oil wealth of the struggling African state of Angola was paid more than $41m in just 20 months, leaked documents reveal.

The payments were made via a complex web of companies set up in the offshore jurisdiction of Mauritius.

Jean-Claude Bastos also used his position to help set up large investment deals he stands to further profit from, the Paradise Papers show.

All sides deny any wrongdoing.

Like many oil rich countries, Angola set up a sovereign wealth fund to invest the proceeds of its natural resource wealth. Similar schemes have been used by other countries to help ensure a steady income for future generations.

Angola is wracked by corruption, suffers extreme poverty and has one of the highest child mortality rates in the world.

The fund, Fundo Soberano De Angola (FSDEA), which began with $5bn (£3.75bn) in 2011, was mired in controversy from the start, after the then Angolan President Eduardo dos Santos’ son, 39-year-old Jose Filomeno, was appointed to head it up.

Typically, a fund of this size would spread the risk of investment among several asset managers, along with the fees it pays, said one expert.

However, Mr Bastos was given responsibility for investing almost all of the fund’s money, and was paid accordingly. Today, his company Quantum Global Investments Africa Management, manages about 85% of it.

One expert described the situation as “unusual”. Andrew Bauer, an authority on sovereign wealth funds, told the BBC: “Funds want to hedge the risk. You don’t want to put all your eggs in one basket.”

In a statement, the FSDEA told the BBC the appointment of Mr Bastos’ company to manage the fund followed “an objective process”. The firm was selected, it said, because of its “exemplary performance on previous mandates with the Angolan authorities”.

The fund also said giving near total control of investments to one asset manager was part of its policy for the first 18 months only.

Documents seen by the BBC as part of the Paradise Papers investigation show the fund paid management fees of more than $90m (£67.5m) to Mr Bastos’ Mauritius-based QG Investments Africa Management. This occurred over a 20-month period between May 2014 and the end of 2015.

The leak offers an unprecedented view into what happened to the management fees after being paid into Mr Bastos’ company.

This money was split into two main chunks – with $41m declared as dividends, or pure profit, and deposited in a company in the British Virgin Islands, itself owned by a series of secretive offshore companies ultimately owned by Mr Bastos. A further $34m was paid in advisory fees to a Swiss firm majority owned by Mr Bastos. The rest, after minor expenses, was retained in the management company run by Mr Bastos.

The BBC asked Mr Bastos whether secrecy was the reason for the series of companies registered offshore. He said it was entirely his personal choice how he receives dividends from his companies. He also said the dividends he receives “pale in comparison to the long term positive impact my projects will have in Angola”.

Both the fund and Mr Bastos said the management fees paid to Quantum Global Investments Africa Management are in line with global industry standards.

Mr Bastos added that the level of work provided by the group is considerable to ensure projects are built for future success.

Within months of receiving the money, a company in which Mr Bastos is a director purchased a 14-seater jet that had been priced at $31.75m. Mr Bastos told the BBC his is one of “many businesses that own an aircraft to more efficiently manage their travel requirements” and that travelling on commercial flights is “unproductive”.

The leaked documents also show Mr Bastos holds a personal stake in investments the fund made on his recommendation.

In one, tens of millions were committed to a deal with another of Mr Bastos’ companies, Afrique Imo Corporation, to build a hotel, office and a retail complex in the Angolan capital, Luanda.

The deal represents a “very strong conflict of interest” according to Mr Bauer. “This absolutely should not be happening.”

At the time, it sounded alarm bells in the compliance department of Appleby – the law firm that handled the investment, according to internal emails seen by the BBC. In one, sent from a regional compliance manager, a team member charged with making sure the deal was above board noted: “this poses issues of conflict of interest between the Manager, Fund and the Investee Company”.

However, an email from Appleby’s director back to the compliance team notes Mr Bastos had “disclosed his interest” and, in a board meeting convened to agree the hotel deal, had “abstained from voting”. Crucially, though, the director notes Mr Bastos “was still present in the meeting”, before adding: “For the purpose of managing the conflict, Mr Bastos should refrain from attending any meeting.”

On seeing the confidential emails of the exchange, Tom Keatinge, a specialist in financial crime, told the BBC he was “sure they are going to come to a conclusion that this is not a transaction that they should be approving”.

Appleby “provide[d] the client with the answer that he wanted”, said Mr Keatinge. “It’s hard to believe that just because he abstained from the voting, his views were not well understood by the meeting. So it’s a scurrilous approach in my view.”

As well as the Luanda complex, two other investments made for the fund in that period carried similar apparent conflicts of interest for Mr Bastos, according to the Appleby documents.

Mr Bastos told the BBC that where he holds a stake in investments, he views these investments as “having aligned interests” and not being “conflicted”.

The FSDEA said its investment policy for the first 18 months encourages “close interrelation and synergies… to increase the speed of portfolio development and boost institutional reach”.

There are also questions about whether the hotel project represented a good investment for the fund. A former employee of Quantum Global with a direct knowledge of the Luanda deal said in 2016 the project was assessed as “economically unviable” because it would not bring good enough returns for the fund. The investment advisers’ recommendation was to drop it.

Mr Bastos insisted the investment was viable and said that “by developing what will become Angola’s tallest building his group are demonstrating their belief in the long term potential of the Angolan economy”.

The web of companies run by Mr Bastos would appear to be designed to “to enrich a particular individual or… group of people”, said Mr Keatinge.

“Whoever has oversight of this structure… the political elite within Angola, there is either massive incompetence or there is complicity here.”

Appleby, which is the focus of much of the Paradise Papers investigation, didn’t respond to specific questions about Mr Bastos – citing client confidentiality. The firm which denies any wrongdoing says it “advises clients on legitimate and lawful ways to conduct their business”.

Another document seen by the BBC raises questions for the authorities in Mauritius, after an internal report by another offshore regulator criticised Mr Bastos. The regulator in Jersey notified Mr Bastos that his application to run the asset management business was likely to be refused because it doubted his independence. It highlighted Mr Bastos’ “close association” with the fund’s chairman, Jose Filomeno Dos Santos, and a conviction in Switzerland for “qualified cases of misappropriation”.

Mr Bastos told the BBC he withdrew the application before any formal decision was made by the Jersey regulator.

A little more than a month later Mr Bastos applied successfully in Mauritius. He told the BBC he informed the Mauritian authorities about his conviction which in any case had expired and that his “criminal record is completely clean”.

The BBC asked the Financial Services Commission in Mauritius how it satisfied itself Mr Bastos was a fit and proper person to be licensed.

It declined to comment on the case but said where there were “adverse” issues disclosed in an application, the handling law firm – in this case Appleby – would be responsible for checking.

The 13.4 million records were passed to German newspaper Süddeutsche Zeitung and then shared with the International Consortium of Investigative Journalists (ICIJ). Panorama has led research for the BBC as part of a global investigation involving nearly 100 other media organisations, including the Guardian, in 67 countries. The BBC does not know the identity of the source. 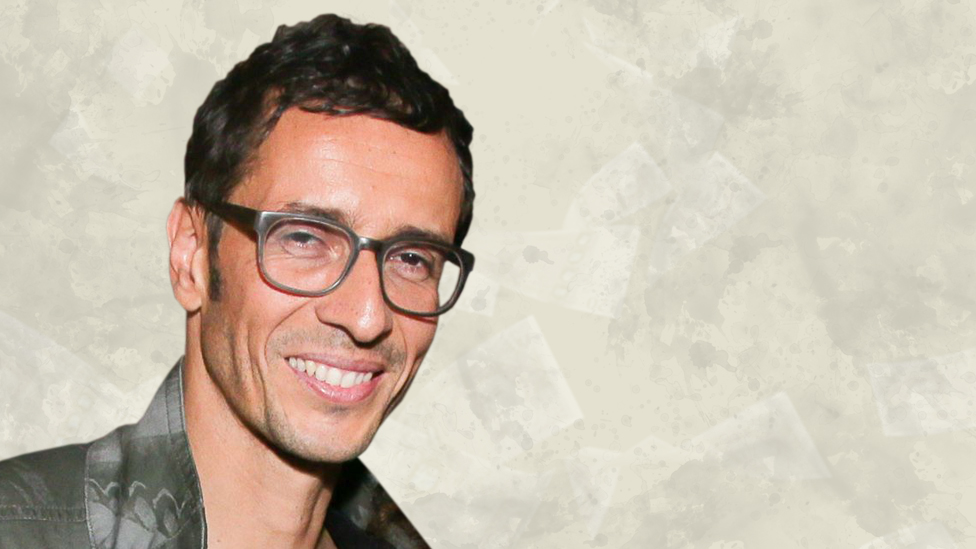