People with malaria give off a distinctive “breath-print” that could be used as a test for the disease, according to American scientists.

They had already tried out a crude prototype breathalyser in Africa, a tropical medicine conference heard.

The test was reasonably good at detecting cases in children, but needs developing to become a routine device.

One of the odours it sniffs out is identical to a natural smell that attracts insects that spread malaria.

Pine trees and conifers emit these terpenes to summon mosquitoes and other pollinating insects, say the researchers, from Washington University in St Louis.

They believe people with malaria who have this odour in their breath may also attract mosquitoes and infect more of the biting insects, which can then spread the disease to other people that they bite.

Although the test needs perfecting, it could offer a new cheap and easy way to help diagnose malaria, Prof Audrey Odom John and colleagues say.

The researchers tried it on breath samples from 35 feverish children in Malawi, some with and some without malaria.

It gave an accurate result in 29 of the children, meaning it had a success rate of 83%.

This is still too low for the test to be used routinely, but the researchers hope they can improve its reliability and develop it into an off-the-shelf product.

Simple, rapid blood tests for malaria are already available, but they have limits, say the Washington University researchers.

Testing blood can be expensive and technically challenging in rural settings.

A non-invasive method of detection that does not require blood samples or technical expertise could be of great benefit.

Prof James Logan from the London School of Hygiene and Tropical Medicine said: “The rapid detection of asymptomatic malaria is a challenge for malaria control and will be essential as we move towards achieving the goal of malaria elimination. A new diagnostic tool, based on the detection of volatiles associated with malaria infection is exciting.”

He said more work was now needed to see if it could be made into a reliable test.

The findings are being presented at this year’s annual meeting of the American Society of Tropical Medicine and Hygiene. 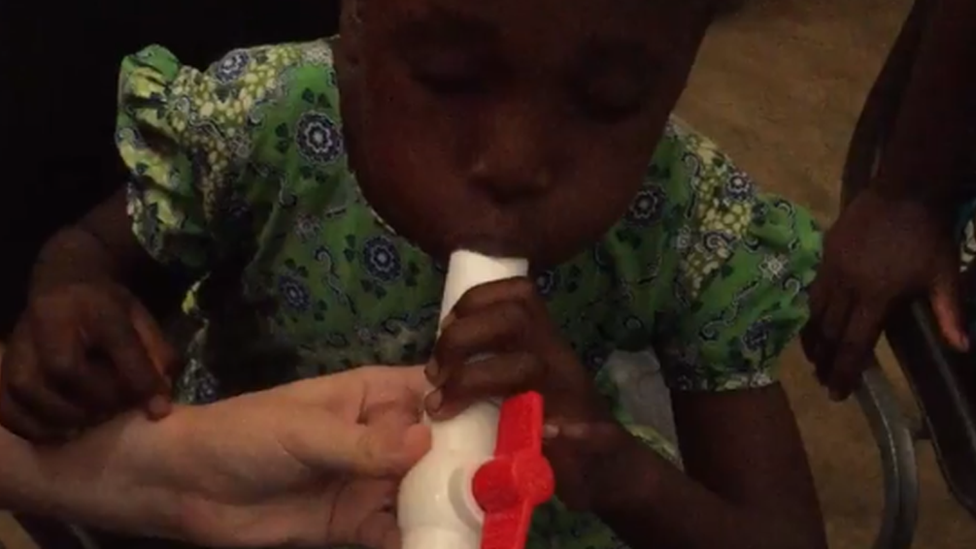