The 32-year-old was found to have taken banned blood booster EPO in an out-of-competition test in her home country.

Sumgong, who also tested positive for a banned substance in 2012, won the London Marathon in 2016 before claiming gold in Rio, becoming the first Kenyan woman to take the title.

Her ban runs from 3 April, when she was provisionally suspended.

EPO, also known as erythropoietin, is a hormone that can increase endurance and, in athletics, is used mainly by long distance-runners.

Between 2011 and 2016, more than 40 Kenyan track-and-field athletes failed doping tests.

Among those sanctioned was Sumgong’s former training partner Rita Jeptoo, 36, who was banned for four years following a positive test for EPO in 2014.

Earlier this year, Sumgong was one of a number of Kenyan athletes who welcomed a new initiative to eradicate doping, agreeing to be monitored by doctors appointed by the International Association of Athletics Federations (IAAF) and Athletics Kenya.

“It will be easy for us now to communicate with these doctors before we take any medicine when the need arises,” she said at the time. 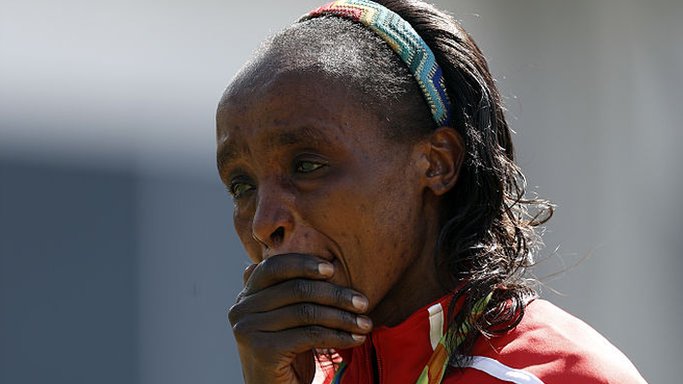