Zimbabwe’s Vice-President Emmerson Mnangagwa has been removed from his post, the country’s information minister says.

His removal makes it more likely that President Robert Mugabe’s wife Grace will follow in her husband’s footsteps as leader of Zimbabwe.

She had earlier called on her husband to remove his vice-president.

“Mr Mnangagwa’s conduct in discharge of his duties is inconsistent with the responsibilities,” Information Minister Simon Moyo said.

“The vice-president has exhibited traits of disloyalty”, he added.

Mr Mnangagwa, a former intelligence chief, had been a leading candidate to succeed President Mugabe.

His sacking means Grace Mugabe is expected to be appointed Vice-President at a special congress of the ruling Zanu-PF party next month.

Mrs Mugabe had earlier called for the party to expel Mr Mnangagwa, according to the state-run Herald newspaper.

Addressing members of indigenous church groups at a rally in the capital, Harare, on Sunday, Mrs Mugabe said: “The snake must be hit on the head.

“We must deal with the real snake behind the factions and discord in the party. We are going for the congress as a united party.”

Mrs Mugabe, the head of the Zanu-PF women’s league, and Mr Mnangagwa were seen as the front-runners in the battle to succeed Mr Mugabe when he dies or steps down.

Mr Mugabe, 93, has been in power in Zimbabwe since 1980. He was elected president in 1987, having previously served as the country’s prime minister. He is planning to contest next year’s elections. 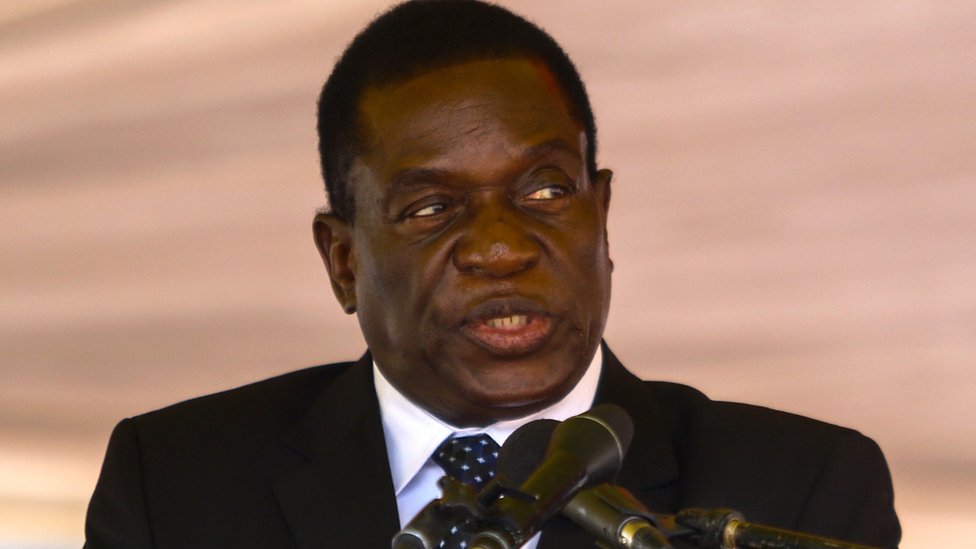