Experienced goalkeeper Itumeleng Khune will not play in South Africa’s two vital 2018 World Cup qualifiers against Senegal due to an injury.

The 30-year-old broke the bone around his right eye as his Kaizer Chiefs side beat Chippa United 1-0 on Saturday.

Khune was taken to hospital and a scan revealed what the club medical staff called an “optical fracture’.

South Africa need to beat Senegal at home on Friday and again away four days later to qualify for the World Cup.

He will see an eye specialist on Monday to determine whether he needs surgery but is out for between a month and six weeks, Chiefs’ physiotherapist David Milner told BBC Sport.

Chippa United’s Kurt Lentjies could not check his follow through as he challenged for a ball which Khune had taken out of the air and hit the goalkeeper square in the face in the last minute of the quarter-final of South Africa’s League Cup.

Senegal realistically need just a draw on Friday to go through but a win would definitely confirm their participation in Russia next June.

The game in Polokwane is being replayed after the result of South Africa’s 2-1 win over Senegal at the same venue last November was found to have been manipulated by Ghana referee Joseph Lamptey and Fifa ordered a replay.

South Africa had been in strong contention before their double-header against the Cape Verde Islands in September which Khune missed because of illness.

Replacement Ronwen Williams, 25, turned in a jittery performance and gave up two goals in the match in Praia which South Africa lost 2-1.

He was replaced by veteran Wayne Sandilands, 34, for the return game against the islanders in Durban.

However he was beaten by two long range effort by Garry Rodrigues as Cape Verde snatched an upset win and beat South Africa for a second time in a matter of days and dealt a major blow to Bafana Bafana’s hopes.

Khune returned to the line-up for last month’s qualifier against Burkina Faso with his presence in goal engendered the necessary confidence and seeing South Africa to a comfortable 3-1 victory in Johannesburg.

A veteran of 84 appearances – the third most by any South African international – Khune has been in a rich vein of form in the last weeks, winning the award as the South African Premier Soccer League’s player of the month for August and September. 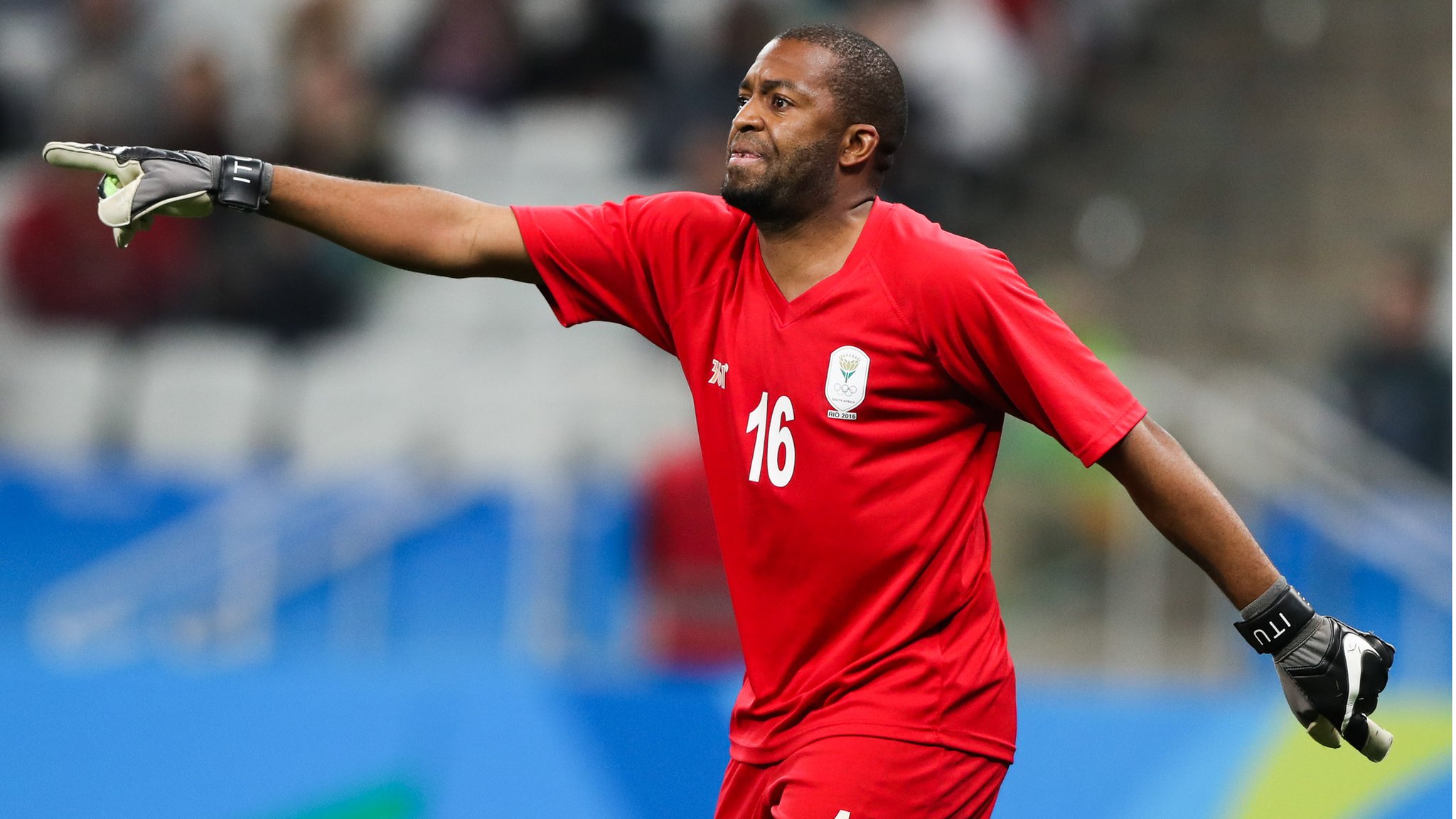