It is 10 o’clock at night, and outside the arrivals hall of Dakar’s main airport, two Senegalese men are taking a moment to get used to their freedom.

Hassan Odjo, 42 and Issa Ba, 23 have just stepped off a flight from Libya, where they had been trapped for months.

“I was praying every day to Allah to give me the chance to come home,” says Hassan, a huge smile spread across his face.

“I saw people dying in front of my eyes. Every day I was praying to be back in my country. Today is the happiest day for me, it’s like it’s my birthday.”

Both Hassan and Issa have returned home under a voluntary repatriation programme run by the International Organization for Migration (IOM).

They had travelled through Mali, Burkina Faso, Niger and ended up in Libya – where they became trapped, unable to go further.

Hassan had attempted to cross the Mediterranean, but after his boat got into trouble he was picked up by local militia and held in detention.

Hassan tells me of the suffering facing economic migrants in Libya, and describes being held in a room with 300 people, being given only bread twice a day, and bad water.

“When they catch you they lock you in prison, beat you or maltreat you, ask you to call your parents to send money.”

In Libya detaining migrants has become a business in itself, he says.

“They are selling black people like coffee, like a cup of coffee. Yes I’m telling you the truth!”

Faced with this reality, it isn’t surprising that more migrants are opting to return home.

The International Organisation for Migration has access to the Libyan detention centres, and works with national consulates to offer people the choice to get out.

So far this year, the IOM in Senegal alone has helped more than 2,000 people return home. Most of them have either been flown in from Libya, or bussed back from Niger. Others have been brought back from Morocco and Tunisia.

Sitting quietly next to Hassan is Issa Ba. He cuts a contrasting figure; he looks visibly shaken and for him the homecoming is bittersweet.

“I feel happy because I am going to see my parents again, but at the same time I’m very disappointed. It’s a shame you know, it’s a dishonour going back without getting to Europe.”

Listening to all this is Seydine Ken, the IOM case-worker who is at the airport to meet the two. He’s used to seeing these kind of reactions from returnees.

Seydine says: “The social pressure is really difficult because when they organise their trip, the family mobilises money, and sells their goods to pay for it.

“And it’s very difficult for them to come back, and see what their family invested in the [failed] migration.”

Seydine is part of the government welcome party; and at the airport he provides pocket money and information to take care of immediate needs, and also questions the two about their migration experience.

He’s a regular at the airport and says he can be there twice a week to welcome returnees.

The IOM’s chief of mission in Senegal is Jo-Lind Roberts Sene. Time and again she notices the serious lack of information about the realities of migrating.

“It’s very frustrating when each time we have a charter flight, I get to the airport and have the same exchanges over and over again – they didn’t have sufficient information, they knew the trip was dangerous but never knew to what extent.”

Jo-Lind says that around Dakar there is more awareness about the dangers, but that in the countryside and other areas – home to a lot of would-be migrants – there is not this awareness. Voluntary returnees like Hassan and Issa play a vital role in helping change people’s views.

One of the regions where young men are being re-absorbed is Tambacounda in eastern Senegal, close to the border with Mali.

Being a poor, rural region, it is the lack of well-paying jobs for young people that encourages them to leave in the first place.

So attempts are being made to reintegrate returned migrants into the community – giving them something to do and a way of earning a living.

One project is a maize farm in the rural community of Jalakoto. It’s run two European NGOs, Coopi and La Lumiere, along with the IOM, and helps around 100 young men in the surrounding villages.

For men like Mamadou Biagey, who came back from Libya three years ago, it’s the only thing they have.

“Since I arrived I have lived in hardship because all the money I had I used to travel to Libya. For two years I stayed here without doing anything – it’s only this year that I started doing something.”

The Jalakoto project is also designed to give young men thinking of leaving for Europe a reason to stay – not just by providing an income and a purpose, but also by encouraging them to rub shoulders with people who can talk of their experiences travelling to Europe.

“Sometimes in our debates there are young men who ask, ‘what did you do and how did you do it to get to Libya?’,” says Mamadou Biagey, “but I try to discourage from going.”

A quick show of hands among the 15 men working in one field reveals one man who says he initially intended to leave.

“In the beginning I only wanted to go and I saved enough money,” he explains.

“Later on they brought us the project and explained what it was about and they convinced me. That’s how I decided not to go.”

In Tambacounda and throughout Senegal there is a battle going on between two narratives of what migration to Europe actually entails.

Back in the town, Issaga Cee, a school principal for 13 years, explains how real-life accounts of the dangers of the journey compete for space with apparent success stories on social media.

“People communicate a lot through WhatsApp – its very easy to tell the story of someone who has succeeded,” he explains.

“Most of those who return at least have an experience of all the difficulties in Libya, so they have become lecturers about that very difficult trip and its consequences.”

The IOM’s Jo-Lind Roberts Sene says returning migrants have a crucial role to play: “If it’s a message that comes from Europeans it won’t go through.

“If it’s someone who’s tried it, and hasn’t made it, and can really explain what it was they experienced along the way, then it will take time – but they really are the ones that can put the message across.” 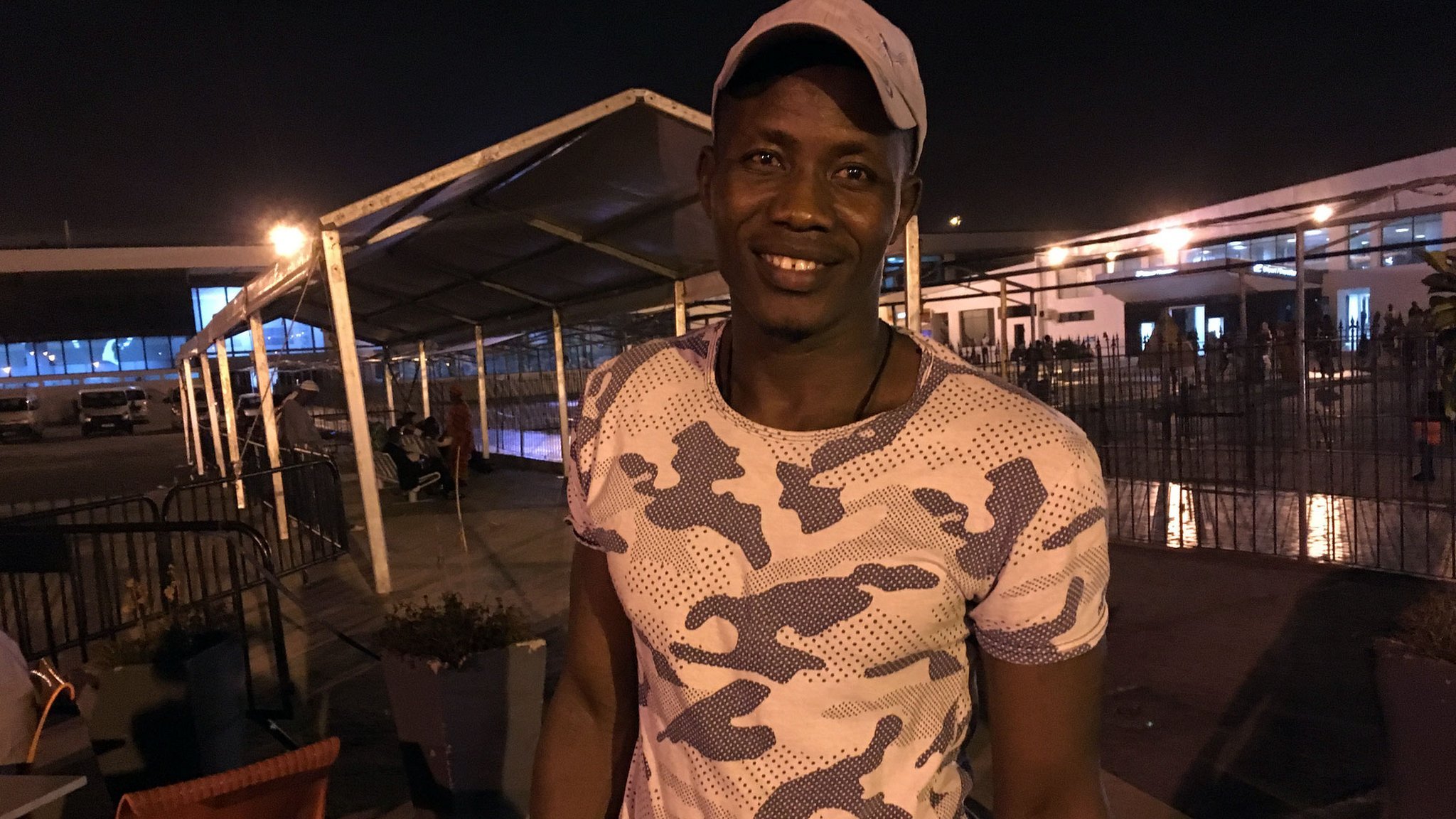