Cameroon coach Broos calls for ‘patience’ as he rebuilds the team

Cameroon Coach Hugo Broos has called for “patience” from the country’s fans after naming his squad for their final World Cup qualifier against Zambia.

Having already been eliminated from Russia 2018, Broos has called up two local-league players – forward Frantz Pangop of Union of Douala and defender Alphonse Tientcheu of Eding Sport of Yaoundé – for the match on 11 November.

Broos wants time to rebuild the side as they prepare to defend the Africa Cup of Nations in 2019 on home soil.

“Here in this country you don’t know the word patience,” Broos said.

“And if you want to build a good team you need to have patience, accept that some games you will lose – because otherwise you will never know if that player or that way of playing is good,” Broos added.

Broos has defended claims that he has neglected local players in his previous squad selections.

“The local championship is not very good because of the nature of the pitches.

“How can you detect good and young players on a pitch where the ball is bouncing everywhere?

“A lot of work needs to be done in Cameroon to have good pitches and to teach the players,” Broos explained.

Broos says he is open to bringing in more locally-based players and has promised to watch Cameroon closely during the 2018 African Nations Championship (CHAN) in Morocco.

With only pride at stake against Zambia, Broos has shown confidence in the nucleus of players who won the this year’s Nations Cup.

He also said the door remains open to players like Liverpool’s Joel Matip, Stoke’s Eric Maxim Choupo-Moting, and others who have previously snubbed call-ups to the Indomitable Lions’ squad – though Broos says they should explain their reasons.

“If tomorrow those players are here I will be happy, they don’t want to come for reasons known to them, and they can best tell you if you contact them,” said Broos. 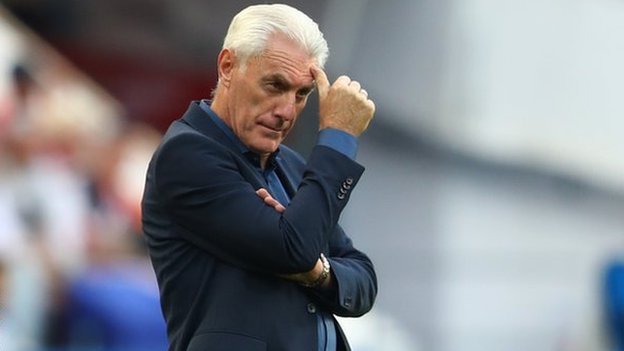