Police in Zimbabwe charged an American woman over a tweet that appeared to insult President Robert Mugabe, her lawyer has said.

Martha O’Donovan, 25, is accused of referring to Mr Mugabe as “selfish man and sick man”, a charge she denies.

She faces charges of insulting the president and plotting to overthrow the government, her lawyer told US media.

Her arrest appears to be the first of its kind since the country’s cyber ministry was created last month.

Ms O’Donovan, who reportedly manages Magamba TV, an online-based satirical video outlet, was “arrested during a dawn raid at her Harare residence,” the Zimbabwe Lawyers for Human Rights (ZLHR) said in a Facebook post.

Police accuse her of tweeting: “We are being led by a selfish and sick man,” from the Twitter handle @matigary, said Obey Shava, a lawyer with ZLHR who is representing her.

The tweet in question, dated 11 October, includes an illustration of a man using a catheter, as well as a photo of Mr Mugabe with a circle drawn around his midsection.

The US embassy in Zimbabwe did not immediately return a request for comment.

In a statement to police seen by the Reuters and Associated Press news agencies, Ms O’Donovan is said to have denied “the allegations being levelled against me as baseless and malicious”.

Critics say the new ministry is a government effort to crack down on social media users.

“This arrest marks the start of a sinister new chapter in the Zimbabwean government’s clampdown on freedom of speech, and the new battleground is social media,” said Amnesty International’s deputy regional director, Muleya Mwananyanda.

Mr Mugabe, 93, has led Zimbabwe for the last three decades.

Last month, the World Health Organization (WHO) revoked his appointment as a goodwill ambassador after a widespread outcry over human rights concerns. 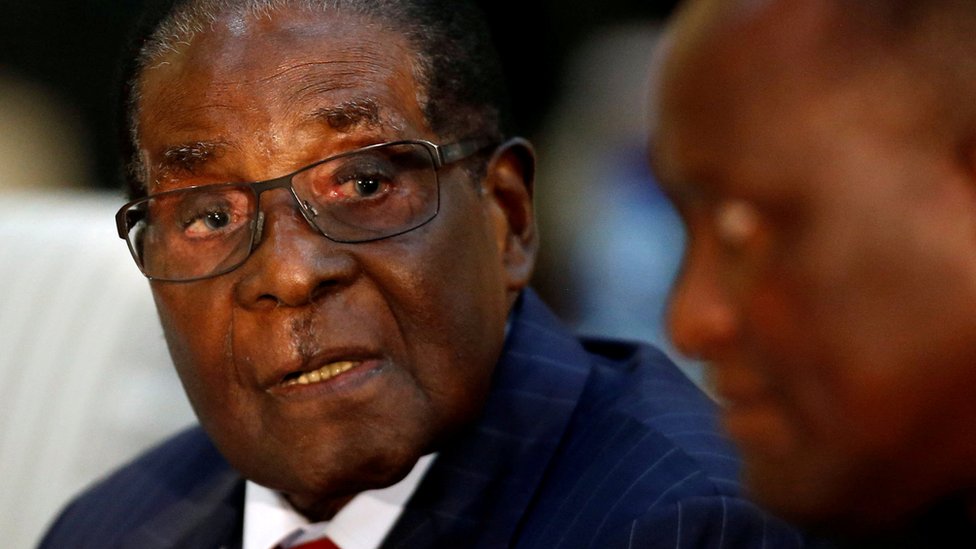 US carries out 1st airstrikes against ISIS ...