They told the Supreme Court of Appeal the six-year sentence was “shockingly light” and he should get 15 years.

Defence lawyers say the sentence handed down by a lower court is appropriate.

Pistorius claimed he shot dead Ms Steenkamp on Valentine’s Day in 2013 after mistaking her for a burglar at his home in the capital Pretoria.

The lower court justified deviating from the prescribed 15-year sentence by saying mitigating circumstances such as rehabilitation and remorse outweighed aggravating factors such as his failure to fire a warning shot.

But prosecutor Andrea Johnson said the sentence did not match the gravity of the crime.

Pistorius, 30, is not in the court in Bloemfontein. He is being held at the Atteridgeville Correctional Centre prison in Pretoria.

He was initially given a five-year term for manslaughter in 2014, but was found guilty of murder on appeal in 2015.

Previously, the six-time Paralympic gold medallist had made history by becoming the first amputee sprinter to compete at the Olympics, in 2012 in London, running on prosthetic “blades”.

He had his legs amputated below the knee as a baby.

Rise and fall of Pistorius 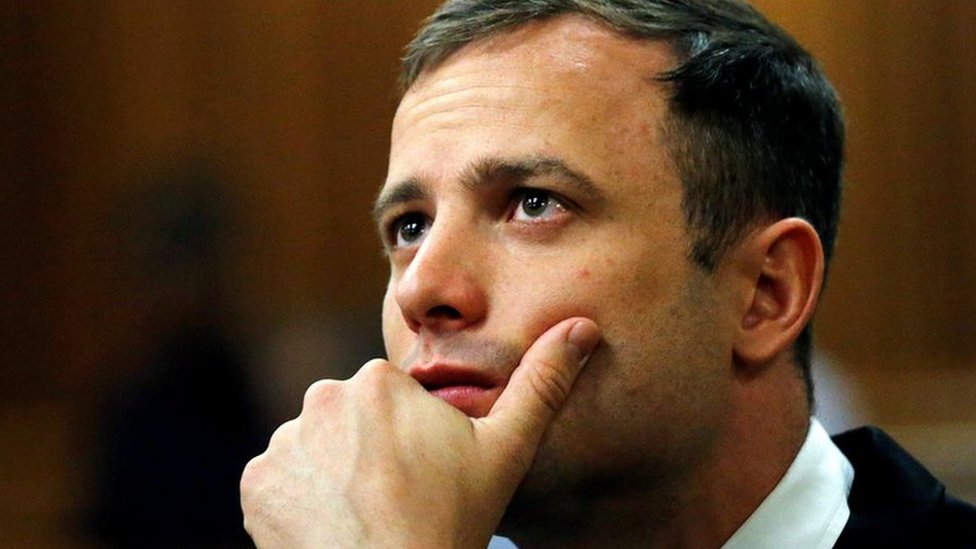