Nigeria has implemented a controversial ban on cattle grazing they say will bring peace to the area, but opponents have decried as a recipe for anarchy.

The herders accuse farmers of killing their cattle while the farmers say the animals are destroying their crops.

The new law would require everyone to keep their livestock on ranches.

Those breaking the law face the possibility of a five year jail sentence.

The Fulani herdsman say it unfairly targets their nomadic way of life, but the Benue state government says its aim is to restore peace, reports the BBC’s Chris Ewokor from the capital, Abuja.

The herders have been forced from their more traditional grazing lands in the north by the Boko Haram insurgency, and the encroaching desert.

It has put them in direct conflict with local farmers, resulting in death and the destruction of entire communities.

The Global Terrorism Index says Fulani militants were responsible for almost 1,800 deaths during 2014 and 2015, leading to the government ordering a crackdown on the herders.

It considers the herders’ raids as the second-biggest threat to peace in the country after the Islamist Boko Haram militants.

However, the Fulani insist they are only trying to defend themselves and preserve their way of life.

Who are the Fulanis? 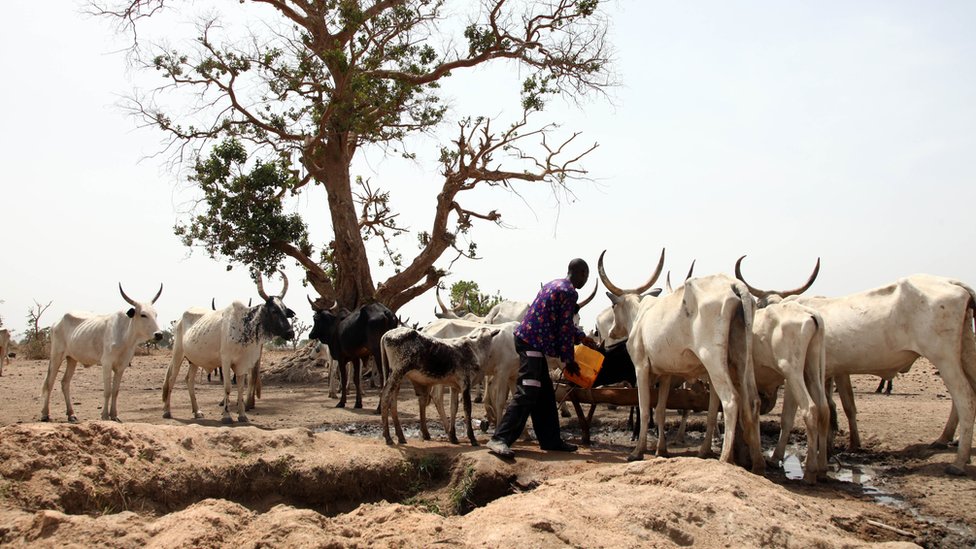