Mr Jordaan rejected Mrs Ferguson’s offer of mediation, saying the accusations must be dealt with in a court of law, his lawyer said.

Ms Ferguson alleges Mr Jordaan “overpowered” her and raped her in a hotel in Port Elizabeth city in 1994.

She said she was inspired to speak out by the #MeToo campaign on social media.

Now living in Sweden with her husband, Ms Ferguson said she wanted prominent South African cleric Paul Verryn to broker “mediation” between her and Mr Jordaan to achieve “restorative justice”.

Mr Jordaan, however, rejected mediation, as it could be perceived as a “cover-up” with “one law for the powerful and another for the masses”, his lawyer, Mamodupi Mohlala-Mulaudzi, said in a statement, adding her client had not commented up to now because of his “empathy with victims of gender-based violence”.

Mr Jordaan, she continued, was innocent, and believed that the singer’s allegations could “only be ventilated in a court of law, where the rights of all parties are protected”.

In response, Ms Ferguson said she was “preparing for a course of action, the nature of which I will be disclosing in the near future”.

She says she has spoken to two other women with similar allegations against Mr Jordaan since first publishing her account on her blog.

Ms Ferguson alleged that Mr Jordaan came to her hotel suite after she had given a performance at a dinner.

“He overpowered me and painfully raped me. It must have been over in about 20 seconds although it felt like a lifetime,” she said. “He left immediately without saying a word.”

Mr Jordaan, a prominent member of the ANC and president of the South African Football Association, was widely praised for spearheading South Africa’s 2010 World Cup bid. It was the first time that the football tournament was played in Africa.

In 2015, the US Federal Bureau of Investigation (FBI) alleged that South Africa had paid a $10m (£6.5m) bribe to host the tournament. Mr Jordaan and the government strongly denied the allegation.

Mr Jordaan was mayor of Nelson Mandela Bay, which includes Port Elizabeth, until 2016, when the opposition took control of it in elections.

State radio banned her songs, including Letters For Dickie, sung in the form of letters from a girl to her boyfriend who was a conscripted soldier on the border. 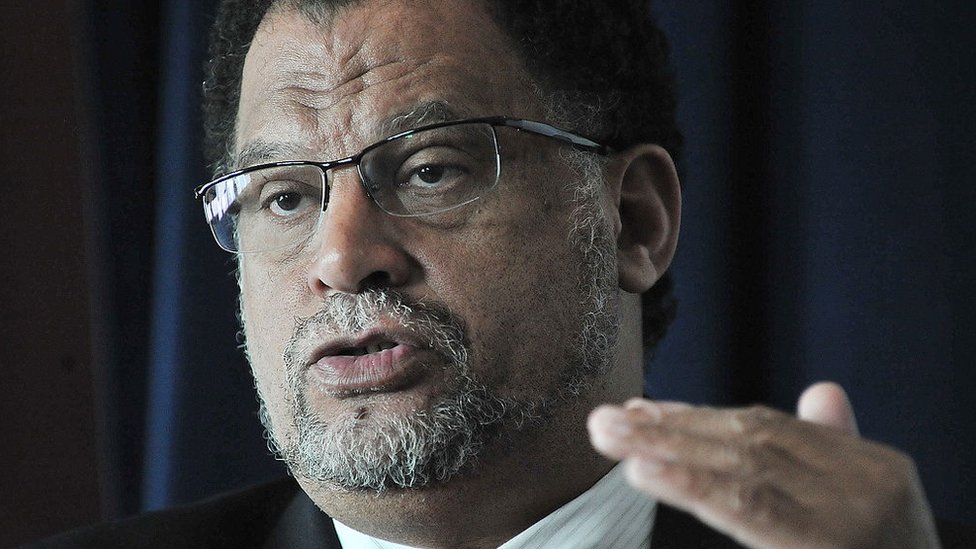 Hichilema: My treatment in prison was degrading