News Now
Home›News Now›Hichilema: My treatment in prison was degrading

Hichilema: My treatment in prison was degrading

The leader of Zambia’s opposition party has told BBC Hardtalk’s Stephen Sackur about the conditions he faced in prison, describing them as “degrading”.

Hakainde Hichilema, president of the United Party for National Development, was arrested in April on charges of treason, after allegedly obstructing the presidential motorcade.

He said he had been left for eight days in solitary confinement in a room without electricity, water or a toilet.

Mr Hichilema was released from prison in August.

Watch the full interview on BBC World News and the BBC News channel on Wednesday, 1 November 2017, or watch again on BBC iPlayer (UK only). 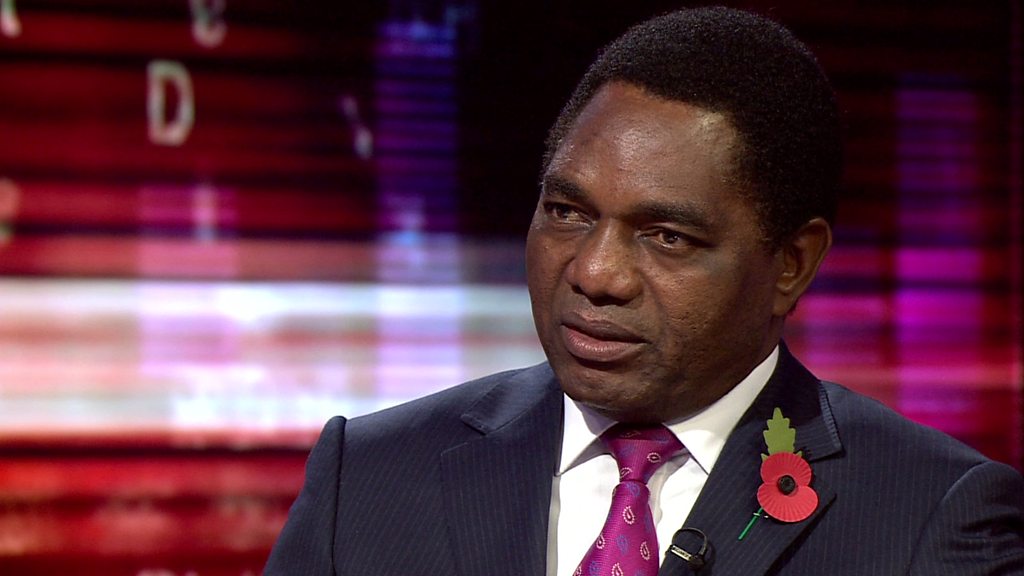