Demonstrators are blocking motorways in the South African cities of Cape Town and Johannesburg in protest at the murder of white farmers.

The BBC’s Pumza Fihlani in Johannesburg says the protests are already causing racial divisions after some demonstrators were seen carrying the old apartheid flag.

It comes three days after two white farmers were sentenced to more than 10 years in prison each for forcing a black man into a coffin. They intend to appeal against the sentence.

Those behind the protests have urged people to wear black:

While most photos appear to show only white protestors, some show a racial mix:

The protest was organised to show outrage at the killings of farmers, especially after the death of a white farmer in Klapmuts near Stellenbosch.

Last Tuesday, Joubert Conradie, 47, was shot on his farm and died later at the Stellenbosch Mediclinic.

What are the stats?

The idea that white farmers are being targeted has been going around for some time. The fact-checking site Africa Check found back in 2013 that white people in South Africa are less likely to be murdered than any other racial group. 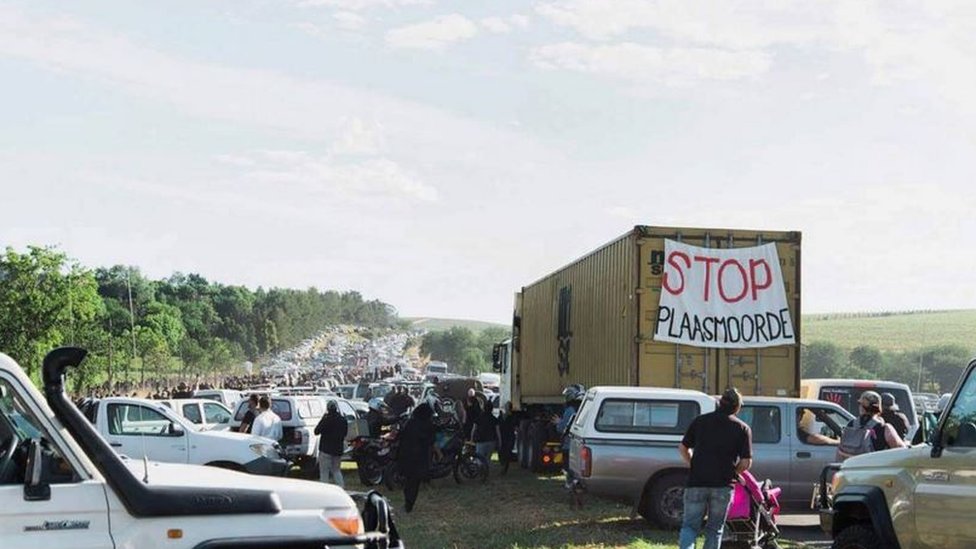