‘It hurts you know’

A recent court ruling has got South Africans of all ages discussing the merits, and otherwise, of smacking children.

“Is it true that parents are not allowed to spank their children any more?” came the question from my 10-year-old step-daughter at the dinner table.

I had barely swallowed my food or gathered my thoughts before she continued: “It hurts you know, children don’t like being spanked.”

And there it was, my chance to regain my footing and win back this little exchange: “Well it’s punishment dear, you’re not supposed to like it.”

She went back to her dinner, well at least for a minute.

But it was true, she had heard the news at school and wanted to make sure her friend had not been lying to her.

A court in Johannesburg recently ruled that physical discipline in the home was not in line with the constitution, meaning parents who smack their children could be jailed for assault.

It didn’t take much for social media and comment pages of online websites to be flooded with parents criticising the ruling.

“Spanking taught me good manners, respect, high work ethics, drive to perform at my best, loyalty, determination. It made me a very successful human being. What is this nonsense?

But some people backed the court ruling.

How can it be right to hit another much smaller person, who’s vulnerable and who can’t fight back? I support our courts 100%. NO to violence

@Chief Inspector Felix agreed: “Good! Spanking is clearly abuse, the perpetrators of this horrible abuse should be thrown into jail.”

Who decides what is reasonable?

Corporal punishment was outlawed in South Africa two decades ago but if you were a parent and had hit your child to discipline them, you could use the defence of “reasonable chastisement” to avoid prosecution.

Parents could be acquitted if they could prove that the punishment was moderate and reasonable – that is no longer allowed.

Ann Skelton of the Pretoria-based Centre for Child Law, who argued on behalf of children in the case, said the previous law was too vague:

But not everyone is pleased.

Terry Raphadu, the mother of a seven-year-old girl in Johannesburg, told me:

She says she has spanked her daughter a couple of times “but it’s mostly the promise of a spank that gets the job done” .

“However, I am finding out as she grows up, my disciplining methods have changed. Now, I can cut money, access to TV and devices as part of disciplining her.”

An act of faith?

Child abuse, much like domestic abuse is a real problem here – and experts say both should be treated with the same seriousness.

[Christians] see the Bible as the correct parenting module

“It was once common for men to hit their wives here some 50 years ago but that has changed. Children are more vulnerable, we must communicate this clearly and make it common for parents to not use violence to discipline,” says Ms Skelton.

Each court will still have to use its discretion to decide whether an assault was excessive and if the parents should be prosecuted.

Michael Swain, head of the Freedom of Religion South Africa (Forsa) pressure group, believes the ruling sets a dangerous precedent in a country where Christianity is widely practiced.

Many Christians believe that the Bible backs spanking, with scriptures such as:

Although the Bible emphasises that this is an act of love.

“The ruling has effectively interpreted people’s faith for them and could potentially criminalise them if they decide to continue to obey what they would see as their conscience, rather than the law of the land,” Mr Swain told the BBC.

“They see the Bible as the correct parenting module.”

The ruling was made in the case of a father who had been found guilty of using excessive force against his 13-year-old son after finding out that he had surfed pornographic websites.

The boy was left severely bruised and Johannesburg judge Raylene Keightley found that this was “out of step with international norms”.

Where corporal punishment is still legal in any setting

Source: Global Initiative to End All Corporal Punishment of Children

Corporal punishment in the home is illegal in at least 53 countries in the world, including Brazil, France, Kenya, Benin, the Republic of Congo and most recently Zimbabwe.

A number of countries including the United Kingdom, Canada, Australia, China and Nigeria still allow corporal punishment “in some settings”, according to the UN-linked Global Initiative to End All Corporal Punishment of Children, whose mandate is to help implement in resolutions of the UN Convention on the Rights of the Child.

Back at the dinner table, I asked my daughter: “So what do you think your dad and I should do when you and your sister are naughty, since we’re not allowed to spank you?”

As quick as a bullet, she replied: “Well there are other things, you could take away something we really love, like my books or Mireya’s toys for a bit. That would be hard.”

We don’t spank at home – but both of us grew up on lashes as the only form of discipline – it was simply what was being done at the time.

But I decided before the girls came along that I wanted to try something different – I found the thought of having to run after a screaming child after a long day at work too exhausting.

My mother, who was the sole disciplinarian at home, and never one to shy away from a well-deserved wallop, would have my head today if I ever spanked her grandchildren or her “princesses” as she calls them.

“These days you talk to children, explain things to them, we didn’t know that in my time,” she often says. “Times are different now”.

She is alluding to the high levels of violence against children, a point also made by Ms Skelton.

The Sonke Gender Justice, a male-centred group lobbying for an end to the abuse of women, says South Africa’s violent society is not a matter of coincidence.

“A large body of research shows that there’s a strong association between men’s use of violence and their exposure to harsh physical punishment as children. This ruling promises to reduce multiple forms of violence,” ENCA quotes Wessel van den Berg, from Sonke Gender Justice, as saying.

And so the ruling has divided South Africans, not along the usual racial lines, but something far more nuanced – over long-held beliefs about parenting in a country feeling hopeless about how to change its culture of violence, and whether it’s time to ask whether spanking is where it all started. 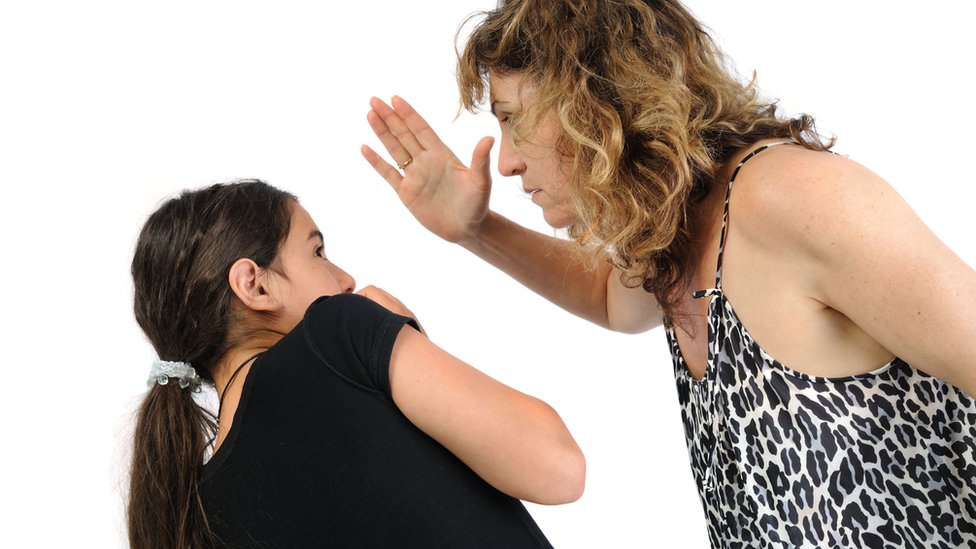