Former internationals have come to the defence of Rabah Madjer, whose appointment as manager of Algeria earlier this month has been the subject of fierce debate in the North African country.

Madjer was named national coach for the fourth time in his career on 18 October after previous incumbent Lucas Alcaraz was dismissed after a disappointing World Cup qualification campaign.

While he may have been an African great on the pitch – captaining Algeria to the 1990 Africa Cup of Nations title and winning the 1987 European Cup with Porto – Madjer’s coaching record has failed to match such heights.

He failed to lead the Desert Foxes to the 1994 World Cup in his first spell, while exiting the 2002 Nations Cup in the group stage much later on.

His lack of achievements aside, over a decade’s work as a television pundit has also meant that comments made in media work are coming back to haunt him.

For example, Madjer was critical of the Algeria job being given to former Ghana coach Miloven Rajevac in April 2016 – saying the Serb should not have been chosen for the role since he had taken a sabbatical of five years.

Yet when Madjer took the Algeria post earlier this month, it had been more than double that since his last managerial position.

Nonetheless, Billel Dziri, who played under Madjer in the 1990s, believes the 1987 African Footballer of the Year can win over his critics.

“The players will see his training methods and the quality of his training sessions,” Algeria’s third most capped international told BBC Sport.

“People say that it has been a long time since he has not coached, but he has lots of experience on the football pitch. We cannot neglect that fact.”

Yet some in the media have not been nearly as charitable.

Media personalities across radio and television lambasted Madjer’s appointment when it was announced, condemning his inactivity, lack of credentials and rocky relationship with key players.

When asked about his lack of coaching badges, Madjer controversially pointed out that his achievements as a player prove his credibility.

“But diplomas are for archives. My best diploma is what I experienced and acquired in my career. When you go to YouTube and type ‘Rabah Madjer’, it is not my diplomas that appear on YouTube, it is the career of Rabah Madjer.”

It was an answer that added fuel to the fires his critics had been lighting, playing into their hands as he seemingly suggested that on-pitch prowess automatically translates to managerial quality.

Yet even some former players agree with such claims.

Omar Belbey – who played under Madjer at the 2002 Nations Cup – says it would be unwise to ignore the latter’s extensive experience.

“When you have an ex-international with the career he had and all that he represents, that is a monstrous asset,” said Belbey. “We, the players, listened to what he had to say because he knows what he’s talking about.”

Worries have also been raised regarding Madjer’s popularity, or otherwise, with certain Algerian internationals following comments he made while working for Qatari sports broadcaster BeIN Sports.

In August 2016, Sofiane Feghouli posted a long message on social media in which he indirectly reprimanded Madjer and a fellow pundit for comments they made following Algeria’s World Cup qualifying draw with Cameroon.

“Some people lack recognition and propagate rumours because they have a problem with dual nationals or ‘émigrés’,” wrote the Galatasaray midfielder and one-time Algeria vice-captain.

“When I see the origin of these rumours, I remember that these people want a job at Faf.”

“I do not have problems with anyone,” Madjer rallied in response. “I had the misfortune of being a consultant, and my words have been deformed.”

For Madjer was only too happy to corroborate unconfirmed reports that the Ministry of Youth and Sport, and not the federation, were behind his appointment.

“It’s a big honour the Algerian government chooses Rabah Madjer as coach of the national team,” he replied when asked about the rumour. “This is proof of the trust my country and the authorities in my country have in me.”

Former international Belbey believes there will be positive effects – primarily, the chance for a talented generation to learn from a one-time master.

“I understand everyone saying ‘Madjer does not have the qualifications’ but for me as an international, being coached by Madjer had a colossal impact,” added Belbey. “We absolutely have to give him the time to work.”

While a victory will certainly not atone for Algeria’s disastrous campaign – from impressing at Brazil 2014 to also-rans for Russia – it might momentarily silence Rabah Madjer’s long list of detractors. 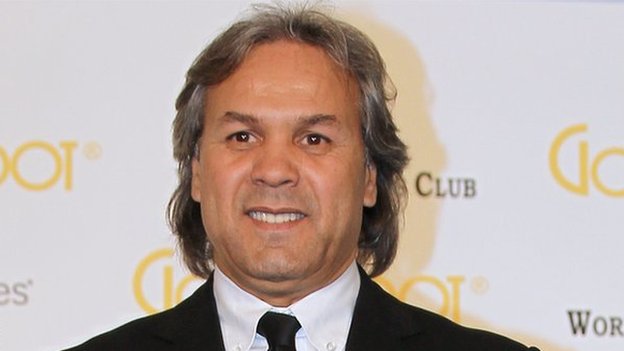 How has Kenya fared under President Uhuru ...