Citroen’s 2CV cars tend to be associated with rural France. But for decades it has been the car of choice for taxi drivers more than 5,000 miles (8,000km) away on the Indian Ocean island of Madagascar.

Feno Rafamomejamlsoa’s father had a 2CV which he bought in 1964. When that broke down, Feno decided to get one of his own. That was in 1987 and he still has it today.

French influence is also seen outside the presidential palace.

2CVs have become a symbol of Madagascar.

Eddy Rajaonarison La Roche, 26, has been making these souvenirs out of milk cartons since he was 10. It takes him three days to make one.

You wait ages for a 2CV and then four come along at once.

Menjasoa Anjarawaina used to drive another vintage French car – a Renault 4 – but he switched to a 2CV three years ago because he said they were cheaper to maintain.

People often choose 2CVs because they don’t often break down and when they do, they are cheap and easy to repair.

Many Andrianaivoson used to have another car but also switched to a 2CV four months ago because the spare parts are cheaper.

There is one complaint – the 2CV can’t go that fast. But on the capital Antananarivo’s congested roads this doesn’t really matter.

With such old cars, passengers often find the seats are a bit worse for wear.

For some the 2CV is a car for life.

All photographs taken by Clare Spencer.

We’d like to see your pictures of 2CVs and possibly publish our favourites. Send your 2CV pics that you are particularly proud of to yourpics@bbc.co.uk. You can send an MMS from the UK to 61124. Or if you are contacting us from the rest of the world send it to: +44 (0)7725 100 100. Or upload your photos and video here. 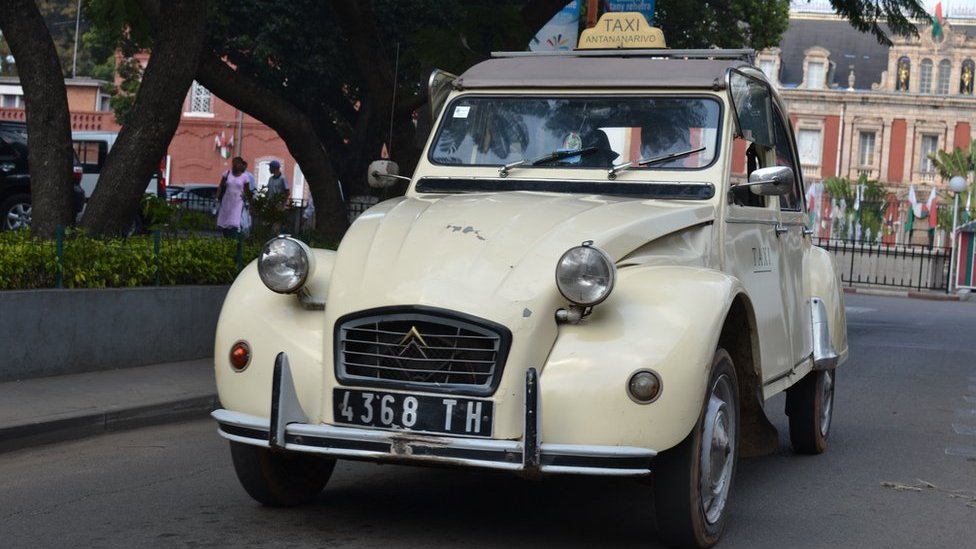 Is this the ‘cheap’ solution to Nairobi’s ...

Syria: Who controls what?