London, Oct. 28, 2017. (AltAfrika)-Nearly 20 percent of the world’s active landmines and unexploded remnants of war can be found in Egypt which has been losing lives and limbs to the deadly devices for nearly 75 years. Plagued with approximately 20 million landmines and other active munitions buried in its soils, Egypt may be considered the country with the most explosive remnants of war in the world.

In plots of land known as Hadayeq al-Shaiytan (The Devil’s Gardens), thousands have been killed or maimed by unexploded munitions, which date back to the World War II Battle of Al-Alamein, 1942 in the Western Desert.

There are also landmines in the Sinai Peninsula and Suez Canal zone from the Egyptian-Israeli wars from 1956-1973.

However, the number of landmine casualties has dropped to what may be the lowest level in 2016, a new development in which de-mining activists are taking pride.

On January 23 of this year, Egypt established a new governmental agency the National Center for Mine Action and Sustainable Development to replace the Executive Committee for Supervising Mine Clearance and Development of the North West Coast, established in 2005.

The new center’s objectives include reclaiming 150,000 feddans of land containing mines and explosives for the development of infrastructure projects, while providing job opportunities for victims of landmines. The International Cooperation Ministry states that around 120,000 feddans have been de-mined along Egypt’s northwest coast in past years.

The spokespersons of the center declined to speak with Mada Masr without letters of approval from both the Armed Forces’ Engineering Corps (tasked with de-mining efforts) and Military intelligence apparatus.

Mada Masr was able to speak with specialists, who say that the newly established governmental agency simply bears a new name, along with some expanded duties, but essentially plays the same role as the body it replaced.

Ahmed Amer, a landmine awareness activist and director of Mine Tech Egyptestablished in 2012, says that, despite the minor changes to the names and structures of these governmental agencies, Egypt’s concerted efforts at de-mining, which commenced in the early 1980s, and awareness-raising are producing tangible results.

No casualties in 2016 in Egypt’s most mined governorate

“We’ve had zero reported injuries in Matrouh Governorate in 2016,” Amer says in reference to his native province, which borders Libya and is Egypt’s most heavily mined area.

However, other governorates have witnessed both landmine injuries and fatalities. In February 2016, two employees of the Antiquities Ministry were killed while conducting excavations at an archaeological site in the Suez Canal governorate of Ismailia, and a third employee was reportedly injured in the blast.

Amer explains that Egypt has succeeded in sharply reducing the number of landmine casualties “by raising awareness, and through the involvement of local tribes, women and schools.”

“Our aim is to decrease casualties by increasing awareness,” he says.

Joint efforts between the state and civil society, Amer says, have meant that residents of Matrouh Governorate have more access to educational videos and pamphlets on landmines, along with first aid trainings, and have consequently been making more calls to teams of first responders (ambulance, police and military de-miners).

Mine Tech Egypt estimates that of all the unexploded munitions found in Egypt, around a quarter are landmines (of both the anti-personnel and anti-tank varieties) while the remaining three quarters are unexploded ordinances (UXO), including rockets and bombs which have been used but have failed to explode along with abandoned explosive ordinances (AXO), which includes unspent ammunition left behind in battles.

According to the latest official state figures, there are around 20 million mines and unexploded remnants of war littering the country, with well over 16 million in Matrouh Governorate and the remainder planted along Egypt’s eastern borders.

Egypt’s Foreign Ministry reports more than three million landmines and unexploded remnants of war have been cleared since de-mining operations commenced in 1981. However, the US State Department has issued reports suggesting that “many in the international community believe the number to be much lower.”

Mine Tech Egypt has been working in cooperation with governmental authorities, largely in using GPS devices to plot down the locations of newly discovered mines, while also conducting surveys with landmine victims and their families.

Figures provided by the Foreign Ministry suggest that there have been 8,313 documented civilian and military casualties in the Western Desert since 1982, made up of 696 fatalities and 7,617 serious injuries.

Amer said that a survey conducted by his NGO in 2008 – stretching along Egypt’s Mediterranean coast, from the western border town of Salloum to Alexandria in the east – revealed the presence of 761 landmine survivors, including both civilians and military personnel. Amer added that this survey did not attempt to tally the number of fatalities from landmines, however.

Amer applauded the Egyptian state’s de-mining efforts, pointing to the fact that all World War II era landmines/ordinances had been cleared from the northwest coastline of the country. He added that unexploded remnants of war were still to be found starting at a distance of around 30 kilometers south of the coast.

Amer explained that in the early 1980s, he was personally spurred to take action against landmines after one of his close friends in Matrouh died in a mine explosion.

There is growing concern, however, says Amer, that armed groups may be collecting the explosives found in wartime landmines and munitions for use in improvised explosive devices, particularly in Sinai, but also the Western Desert.

They also pose a risk to migrants, Amer points out, who are often led through minefields in the Western Desert in order to reach Libya from where they may attempt to make boat crossings of the Mediterranean Sea.

De-mining efforts in the Matrouh Governorate had largely been geared towards realizing the interests of the ministries of tourism, agriculture and housing along with business concerns, says founder of the Association of Survivors of Mines Abdallah al-Ferady.

The rights of the victims of landmines were first addressed following survivors’ protests in 2008, together with a lawsuit filed against the government an conferences and petitions lobbying for more assistance for landmine victims, Ferady says.

Ferady himself suffered a debilitating injury in 2000. At 15 years old, he unknowingly picked up a landmine and the explosion tore off his hand and his arm was subsequently amputated below the elbow. Ferady explains that a fragment of the landmine also hit his friend’s face who lost vision in one eye.

The accident, says Ferady who moved to establish Association of Survivors of Mines in Matrouh, “affected me not only physically, but also psychologically, while placing a heavy financial burden on my family.”

Ferady credits protests in 2008 in Marsa Matrouh and Al-Alamein for “prompting the government to take action as it was moved by its sense of shame.” He claims that these protests also prompted the former wartime states of Italy and Germany to provide additional material assistance for Egypt’s de-mining efforts.

The state had for decades been distributing compensation ranging from LE30,000 to LE90,000 to anybody who was injured or related to someone killed by a landmine, Ferady says, but it was only after the protests by landmine survivors in 2008 that the state began providing pensions (of around LE1,000 per month), job opportunities, or specially-modified motorcycles.

Ferady also points to efforts exerted by the International Cooperation Ministry (and its subsidiary authorities) to provide artificial limbs to documented victims of landmines, free of charge, facilitated by grants from Germany, the European Union and the United Nations’ Development Project (UNDP).

However, these artificial limbs were only been accessible in Cairo. Thus, in October 2016, the EU and UNDP inaugurated the Artificial Limbs Center in Marsa Matrouh.

“We hope that this new center will service more victims in the Matrouh Governorate,” Ferady says.

Shahinaz Farouq, supervisor of the Women’s Rural Health Guides in Matrouh Governorate, affiliated to the Health Ministry explains that her work group moved to include landmine awareness lessons in 2013. Her group of 23 employees is now also known as the Women’s Guides Confronting Landmines in Matrouh.

Her all-female group has been conducting household visits, school lectures and awareness-raising courses on mines “specially prepared for children as they are curious and playful.” 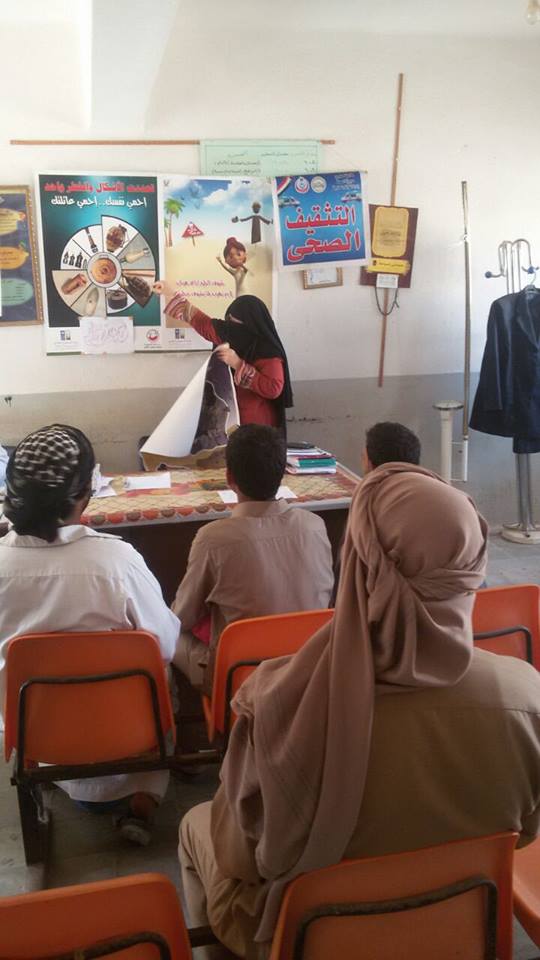 Farouq believes that precautionary and preventative measures are just as important as de-mining efforts. “We teach mothers, women and students how to respond to the presence of landmines, how to respond to injuries. Education is the best means of guaranteeing prevention of landmine casualties, and saving lives.”

She hopes for more assistance from the EU, along with Germany, Italy, and the UK “to expand de-mining efforts, and increase awareness raising efforts.”

Egypt remains a non-signatory of the International Mine Ban Convention (Ottawa Treaty) of 1997, making it one of just 35 states not party to this agreement including the USA, Russia, China and Israel.

The official state reasoning behind not joining is that “Egypt believes the agreement is deficient, where it made no association between the disposal by countries of their stockpiles of mines, and the provision of assistance to countries in clearing mines from their territories.”

Public Shaming and Even Prison for Plastic ...