Anthony Joshua defended his WBA and IBF world heavyweight titles by wearing down a game Carlos Takam with a controversial 10th-round stoppage at a raucous Principality Stadium.

The Briton, 28, damaged his nose after a heavy head collision early on and did not have things all his own way against a fighter who took the bout at 12 days’ notice.

But in a key fourth round in which both men enjoyed success, Joshua dropped his man with a hook and badly damaged the eye of his rival.

Takam was twice inspected by ringside medics but battled on until he was overwhelmed in the 10th, when referee Phil Edwards stepped in to end the contest, much to the challenger’s frustration.

Takam, 36, was under pressure but not out on his feet and some inside the Cardiff venue booed the stoppage.

Cardiff’s fans may have wanted a more clinical ending, having waited 10 years for boxing’s return to this passionate venue but Joshua had come through a tricky test.

Things started badly when his walk-on music failed to play and the boisterous crowd howled as replays of the second-round head collision played in the stadium.

But the fourth round was pivotal in giving the masses the British win they came for. After two early Takam right hands, Joshua retaliated and floored the Cameroon-born fighter, who returned to his stool badly cut above his right eye.

Referee Edwards scrutinised work on the injury in the corner and medics interrupted the fifth and ninth rounds to assess the issue further.

The challenger deserves immense credit despite a fourth defeat in 40 fights. After settling in, the shorter and lighter man took risks to adopt his style of fighting up close and, when he briefly backed the champion up in the seventh round, groans of concern tumbled down the tiers to ringside.

The fact that Takam caught Joshua heavily several times perhaps points to the champion’s raw nature, with just 20 bouts under his belt.

Inexperienced or not, Joshua’s last two bouts have now delivered a post-war record attendance for a UK boxing event and, on this occasion, a world record for a fight staged indoors.

He has many years left at the top but history will surely show British fans have witnessed a phenomenon over the last six months.

There will be setbacks – such as the withdrawal of his original opponent Kubrat Pulev at less than two weeks’ notice – but Joshua showcased his adaptability in stopping a man who had only ever been beaten inside the distance once before.

Defeat would have arguably been the biggest upset this marquee division had seen since Hasim Rahman stunned Lennox Lewis in 2001.

It never looked likely, although some will perhaps point to Joshua’s career-high weight as the reason he at times looked a touch sluggish, and question why he could not blitz his way to victory.

Ultimately, Joshua is setting high standards to be judged upon.

He was at times drawn into a fight, notably when landing a left hook after Takam had enjoyed success in the seventh, but he found the poise to pick his way to a 20th straight stoppage when Takam was backed into the ropes in the 10th.

In doing so, Joshua keeps hope alive that WBC champion Deontay Wilder and WBO king Joseph Parker could share a ring with him in 2018.

Edwards’ intervention arguably came too soon but Joshua’s momentum looks increasingly hard to break, and he remains on course to threaten history books and become the first man to hold all four heavyweight belts.

‘I don’t make the decisions’

The crowd in Wales clearly felt it the decision to stop the fight was premature, but Joshua said he has “no interest” in what the officials do.

“I come to fight, I don’t sit on the edge and make decisions,” he said. “It was a good fight until the ref stopped it, so I have the utmost respect for Takam.

“I have no interest in what is going on with the officials, that’s not my job. I think people want to see Takam unconscious on the floor, and that’s what I was trying to get to.”

Watford fighter Joshua said his nose had been broken by Takam when the pair clashed heads in the second round.

“I had to keep my cool,” added Joshua. “I’ve got a few months to heal it up. I’ll go and see some good doctors to crack it back in place.

“If I showed any signs of weakness, the ref could have jumped in. That’s what he (Takam) tried to do, but the ref stopped it.”

Takam said: “I want a rematch, I made my preparations with 12 days to fight Anthony. I want to box him again. I want him, he is a great champion.”

Reaction to Joshua stopping Takam in the 10th 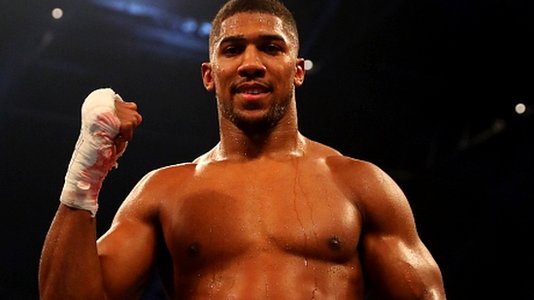 Chimpanzees among 33 breeds selected for special ...