Two white farmers in South Africa who forced a black man into a coffin have been sentenced to jail for more than 10 years each.

Theo Martins Jackson and Willem Oosthuizen were convicted in August for attempted murder and kidnapping.

They accused Victor Mlotshwa of trespassing on their land, beat him up, made him get into a coffin and threatened to burn him alive.

The case has caused outrage in South Africa and highlighted racial tensions in some farming communities.

Mr Mlotshwa only reported the matter after footage of the assault emerged on YouTube months later.

In a court affidavit, Jackson and Oosthuizen said they did not mean to harm Mr Mlotshwa when the assault happened in August 2016 but merely wanted to “teach him a lesson”.

Mr Mlotshwa denied trespassing, saying he was taking a short cut to the shops, where he had been sent by his mother.

When the two were convicted, the judge told the court it was clear that they had intended to kill the victim. 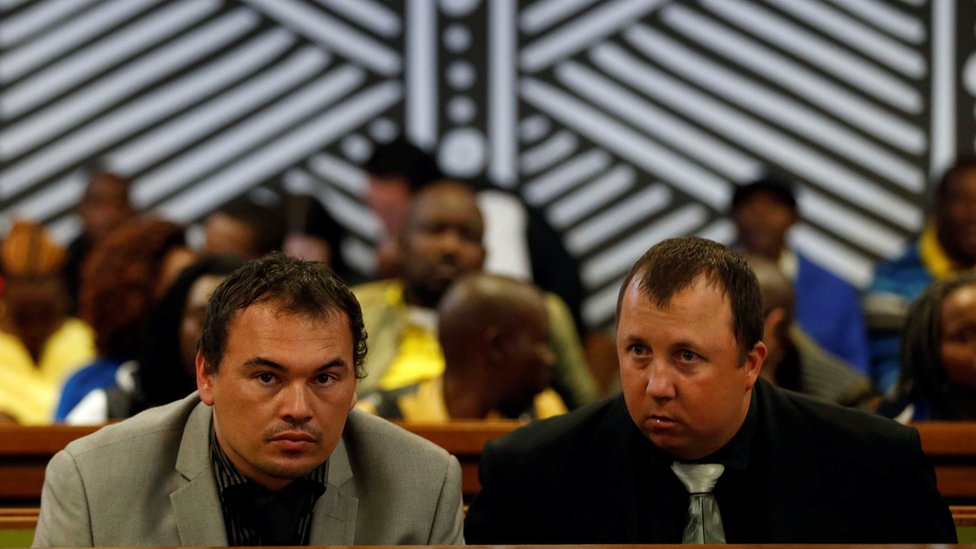