The figure is a sharp contrast to the initial poll in August, when nearly 80% of the electorate voted.

Opposition leader Raila Odinga had called on his supporters to boycott the poll.

Voting has been suspended until Saturday in four areas where opposition supporters clashed with police.

Mr Kenyatta is seeking a second term. Mr Odinga has pulled out of the contest.

Two people were reportedly killed in the violence, including a teenage boy shot by police during clashes in the opposition stronghold of Kisumu.

Some opposition supporters also prevented people from voting, despite Mr Odinga’s calls for them to stay away.

The BBC’s Tomi Oladipo in Nairobi says that even in some areas where there was calm, voter fatigue and a loss of faith in the electoral process meant turnout was still low.

The electoral commission has seven days to declare the results.

President Uhuru Kenyatta was declared the winner in an August vote, which was annulled because of “irregularities”.

After casting his vote Mr Kenyatta said the country was “tired of electioneering” and it was “time we moved forward”.

What role has ethnicity played?

In parts of western Kenya where Mr Odinga’s Luo community is mostly based, there was a near total boycott of the poll.

What has happened since the first vote?

About 50 people are reported to have been killed in violence since Mr Kenyatta was declared the winner in August’s election.

Last week, a senior member of the IEBC fled to the US amid death threats.

Mr Odinga had wanted the repeat ballot to be held at a later date, but a bid to delay the election re-run fell apart after only two of seven Supreme Court judges attended a hearing on Wednesday.

One judge, Deputy Chief Justice Philomena Mwilu, failed to appear after her bodyguard was shot and wounded by unknown gunmen on Tuesday.

Why is there an election re-run?

Kenya’s Supreme Court took the unprecedented decision to annul the August presidential election and demand a re-run in September citing “irregularities and illegalities”.

The ruling did not attribute any blame to President Kenyatta’s party or campaign.

Mr Odinga has said that the electoral commission failed to make the changes needed to prevent a repeat of the mistakes that marred the earlier poll, although the commission disputes this.

His opposition coalition – the National Super Alliance (Nasa) – made clear its participation in the election was contingent on reforms being made. 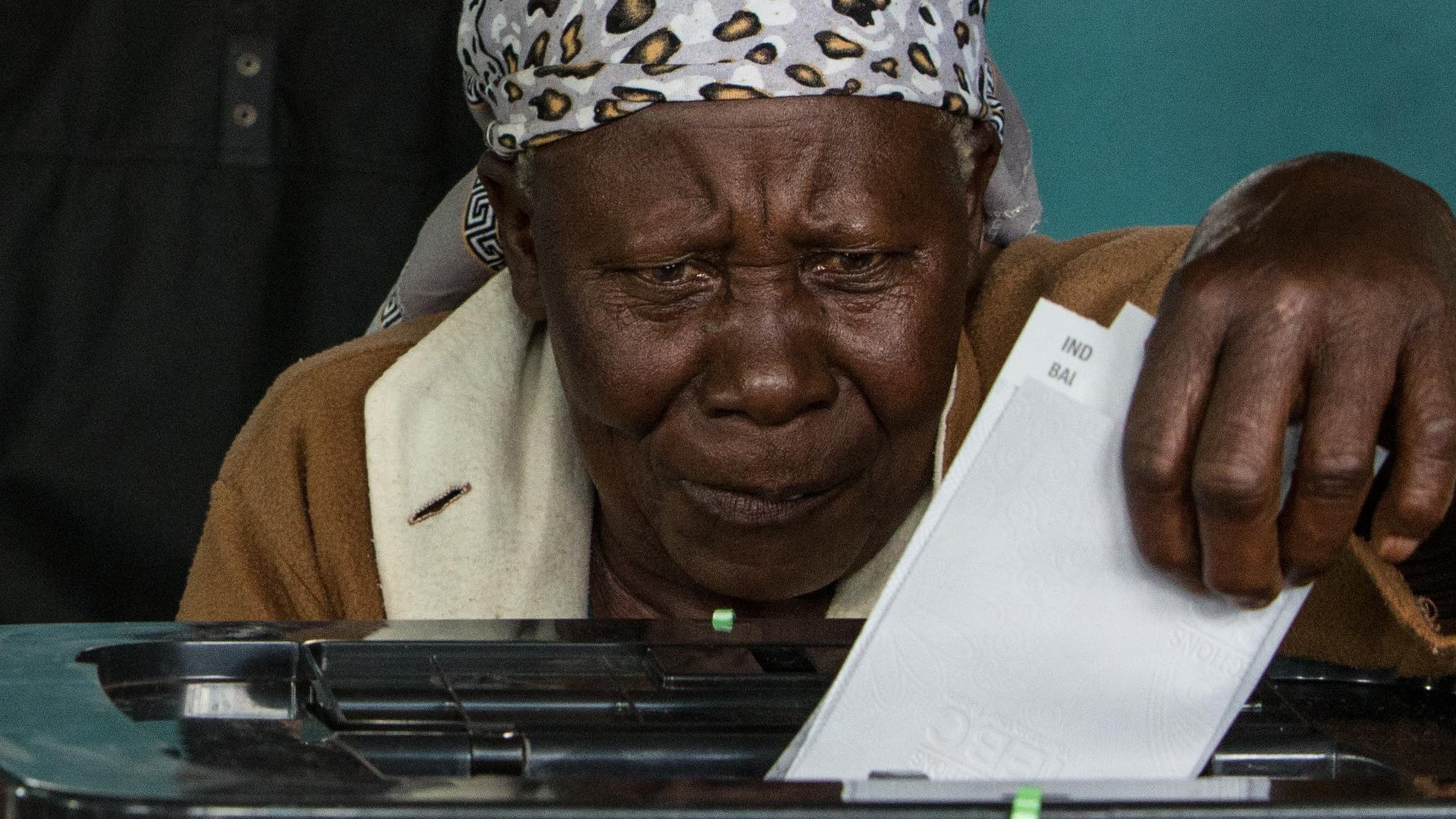