Ghana’s inspector general of police has ordered an investigation into the alleged rape of a four-year-old girl after national outrage over the case.

The parents of the child said a local chief told them nothing could be done because the community gods deemed the suspect innocent.

Many said the case demonstrated a culture that shielded sex attackers.

Local police are also now under investigation following accusations of poor handling of the incident.

Ghana’s police chief David Asante-Apeatuhas has summoned the commander of Central Region for questioning after a public outcry about the handling of the incident.

The 18-year-old suspect has not been arrested since the attack nearly two weeks ago, the BBC’s Thomas Naadi reports from the capital, Accra.

The case has caused concern, dominating radio and social media conversations with the hashtag #JusticeForHer trending on social media.

There is also anger about the traditional leader’s alleged attitude to the rape.

People have donated more than $4,000 (£3,050) towards reconstructive surgery for the girl, who has been discharged from hospital, after a GoFundMe website page was set up by someone in the US.

Angela Dwamena-Aboagye, a lawyer and women’s empowerment campaigner, told the BBC’s Focus on Africa radio programme that the police’s lack of action was “disheartening”.

In an online petition to Ghana’s attorney general calling for to end traditional leaders’ interference in rape cases, Yemisi Parker-Osei in Accra said medical and legal assistance for rape victims in Ghana was “wholly dependent upon her family’s economic and social status”. 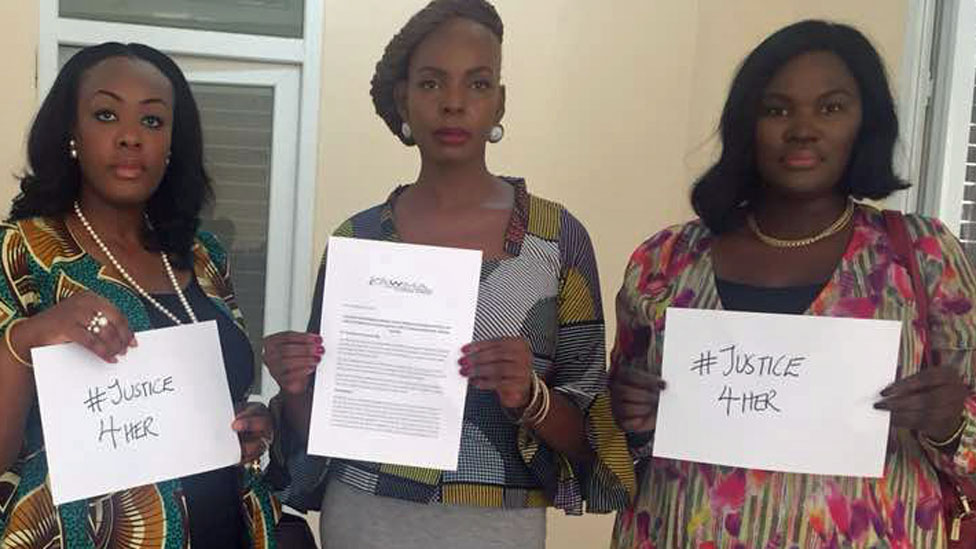 Catalonia independence: As it happens