Ghana women’s coach Mas-Ud Didi Dramani is putting the positives on the 8-0 defeat by France on Monday night.

The defeat by the 2019 Women’s World Cup hosts in Reims was the second heaviest in the Black Queens’ history.

“Matches like this provide us with a lot of positives to work on to improve,” said Dramani, whose team host the 2018 African Women’s Nations Cup.

“I have no doubt everyone will see a different team before the big tournament in Ghana.”

To test your readiness for any event, you have to come up against a tough test

Last year, the Black Queens suffered an 11-0 humiliation when beaten by Germany in a friendly in Paderborn in July 2016 – their heaviest ever defeat.

Despite Monday’s drubbing, Dramani believes his side will be back to their very best in time for the African tournament scheduled for November 2018.

“While the scoreline would suggest they gave us a battering, I don’t think that was the case,” Dramani told BBC Sport.

“To test your readiness for any event, you have to come up against a tough test – we’ve been doing that and picking up valuable lessons.”

“I showcased seven youth players, with four in the starting line-up and two uncapped players. This is a good game to expose them to what to expect as they grow and learn.”

The Black Queens did have the ball in the net but Jane Ayeyiam’s headed goal after 25 minutes was disallowed after Elizabeth Addo was adjudged to have fouled an opponent in the build-up.

Since the loss, Dramani has travelled to Denmark to pick up tips.

“I am watching sessions and exchanging ideas about modern trends,” he explained. “I was in a meeting with the head coach of FC Nordsjaelland on the African players and how to get the best out of them.

“I will be here for one month exchanging knowledge and ideas with my counterparts, which will help improve and impact our game.”

Three-time African Women’s Nations Cup runners-up, Ghana exited in the group stage of the tournament in 2008, 2010 and 2014 – either side of failing to qualify for the 2012 finals.

At last year’s event, the Black Queens were knocked out by hosts Cameroon in the semi-finals.

At their three Fifa Women’s World Cups, meanwhile, Ghana have never progressed beyond the group stage. 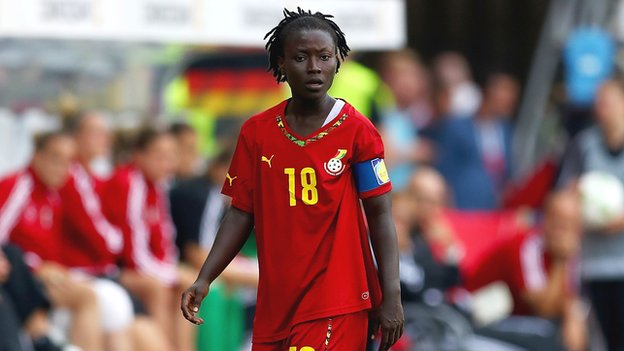 Solutions&Co 2017: Opportunity and challenge in the ...