Creations by Nigeria’s Amede take the floor on Wednesday at the Lagos Fashion and Design Week, which aims to support and promote the Nigerian and African fashion industry.

There was more trouble on Thursday, the day of the vote: Here a man in watches from a safe distance in Kibera as protesters clash with riot police…

Whiles these members of Kenya’s Legio Maria Church are affected by teargas during clashes in Nairobi’s Mathare suburb on election day.

African migrants sit by the side of a road on Saturday as they wait for work in the Libyan city of Misrata.

A girl refugee from South Sudan is pictured at the Nguenyyiel refugee camp on Tuesday, during a visit by the US Ambassador to the UN to the Gambella Region of Ethiopia.

A Mandela Walk Together event in Westminster, London, on Monday was attended by his widow Graca Machel and former UN Secretary General Kofi Annan as well as other influential figures and members of the public.

A “magical” experience was had by British adventurer Tom Morgan above South Africa on Friday – he flew 25km (15.5 miles) strapped to a camping chair suspended from 100 helium balloons.

And a South African surfer Mike Schlebach takes part in a surfing event off Cape Town on Monday, riding waves in excess of 5m (16ft). 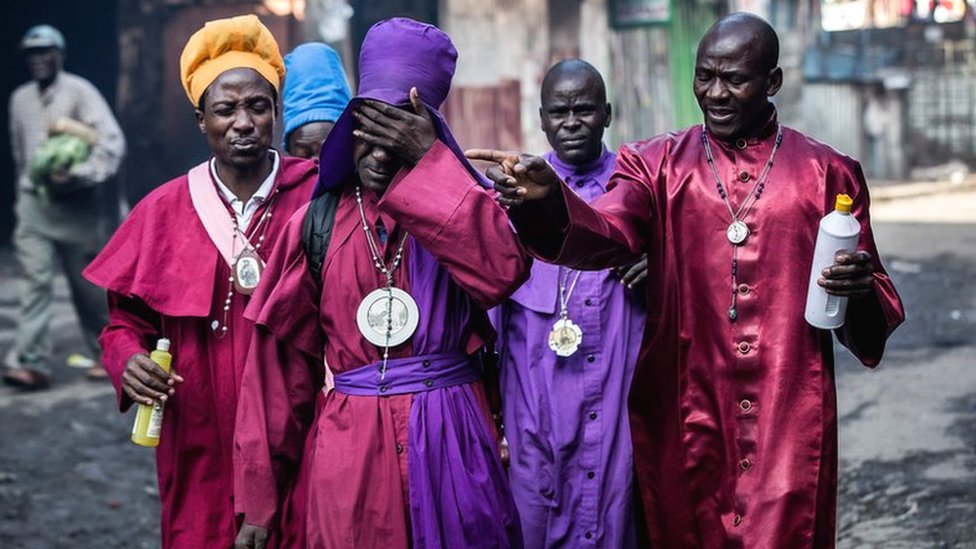 Why we ban foreign NGOs- Mugabe