South Africa have turned to Siphiwe Tshabalala, 33, in their bid to grab World Cup qualification at the expense of next month’s opponents Senegal.

The Kaizer Chiefs winger is recalled for the first time in four years in a surprise move by coach Stuart Baxter.

Senegal need just two points but South Africa will go from bottom to top of the group and qualify for Russia 2018 should they win both matches.

The dreadlocked Tshabalala’s call-up is a shock given he won the last of his 88 caps – the second highest by any South African international – at home to Nigeria in the 2014 African Nations Championship.

But he has been in fine form for his club in South Africa’s Premier Soccer League, albeit while playing with less pace these days.

His ability to switch onto both wings and also play a central midfield role has enticed Baxter into including him in the 26-man squad for the two key games.

The coach said on Thursday that Tshabalala’s return was based on his outstanding form and should not be seen as a long-term plan but rather an emergency measure for two games that South Africa have to win.

Bafana Bafana will be without striker Tokelo Rantie however, after he turned down a call-up after being left out for the last game, a 3-1 win over Burkina Faso in the World Cup qualification in Johannesburg on 7 October.

“When I spoke to Tokelo he was disappointed that he wasn’t called up last time‚” Baxter explained.

“He sent me a text saying‚ ‘Look‚ I think it’s best if – no matter how I’m playing – I don’t join up in this one’. So whether Tokelo in his disappointment doesn’t think he’s ready or whatever‚ that’s his prerogative. He’s got the right to say that.”

Despite being sent off in the last match, Bongani Zungu does make the squad since the South African FA is waiting for the outcome of an appeal to Fifa over his red card against the Burkinabe.

If unsuccessful, he will miss the first game in Polokwane but will be available for the second in the Senegalese capital.

This is also the case with midfield hard man Andile Jali, whose accumulation of yellow cards means he misses the home tie, while Dean Furman returns from suspension and captain Thulani Hlatshwayo from injury.

South Africa’s home match against Senegal is an enforced replay after Fifa ruled that Bafana Bafana’s original 2-1 win over the West Africans last November had been fixed by Ghana referee Joseph Lamptey.

Having been striped of the points for that win, South Africa sit bottom of the group with just four points from four matches while Senegal have eight points.

Both Burkina Faso and Cape Verde, who clash in Ouagadougou in their last game on 14 November, have six points each but neither can finish with more than nine points. 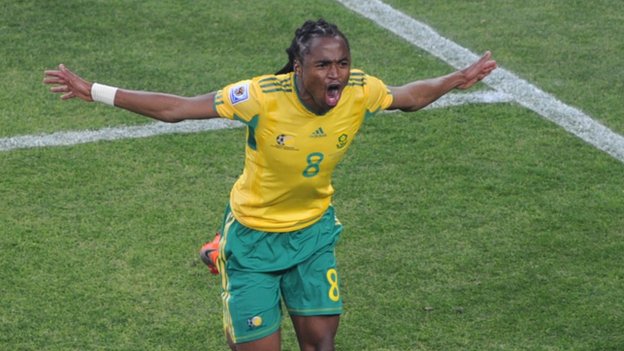 US ambassador Haley arrives in DRC

10 killed as Ethiopia forces clash with ...