Liverpool-bound midfielder Naby Keita was sent off for the third time in seven games as Bayern Munich beat RB Leipzig on penalties in the German Cup.

Keita, 22, has agreed to join Liverpool for a club-record fee next summer and was sent off early in the second half.

Leipzig took the lead when Emil Forsberg scored a penalty but Thiago levelled for the 18-time winners.

Bayern scored all of their penalties, with Sven Ulreich saving from Timo Werner to put them through.

Bayern – who last won the trophy in 2016 – have won a record 24 away games in a row in the competition, with manager Jupp Heynckes winning the trophy as part of his treble in 2013.

Leipzig’s Keita was shown a second yellow card in the 53rd minute for pulling back Robert Lewandowski. He was also sent off against Borussia Monchengladbach last month, and for Guinea against Tunisia in World Cup qualifying at the start of October.

Elsewhere in the German Cup, there were wins for Cologne, Stuttgart and Werder Bremen.

See all of the results here. 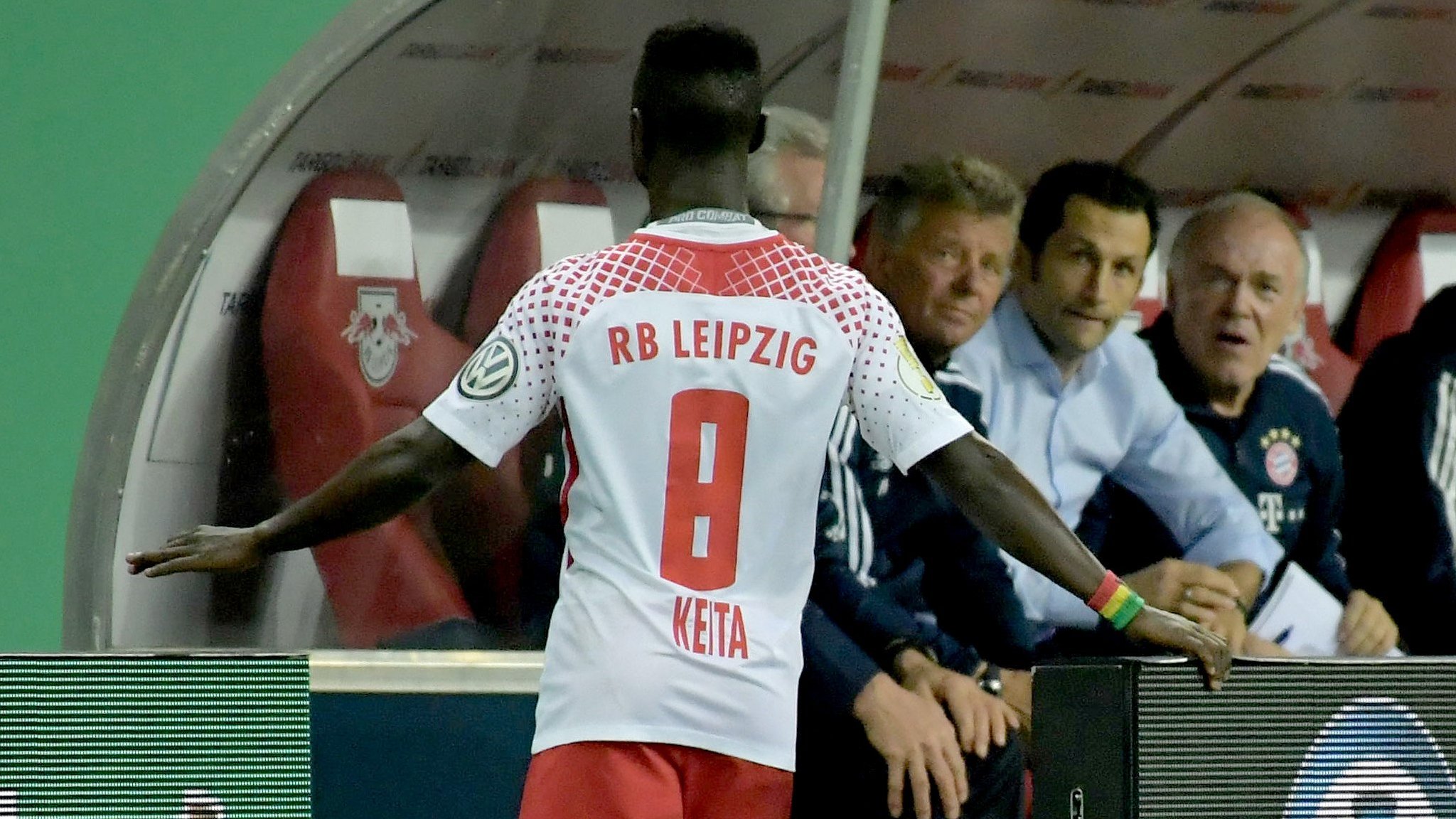