Togolese Francis Kone has dedicated the Fifa Fair Play Award he received on Monday to his mother Akoudji.

The 26-year-old was honoured after he prevented opponent Martin Berkovec from swallowing his tongue during a Czech league game earlier this year.

“I love my mother so much and this trophy belongs to her,” Kone, a striker who was playing for Slovacko at the time, told BBC Sport.

“She is the greatest gift I have been given in all my life.”

“I thank my mother and my family – who are celebrating – and all those people who support me in what I’m doing.”

Kone was unable to attend Monday night’s glittering ceremony in London but will receive his trophy on Friday when his agent, who collected the award on his behalf, arrives in the Czech city Brno.

Since the announcement, Kone – who left Slovacko for fellow top-flight Czech side Zbrojovka Brno in July – says he has been inundated with messages from well-wishers.

“I’m receiving calls from everyone from everywhere to send me congratulations,” explained the former Togo international, whose two caps came back in 2013.

In February, the tall striker was credited with saving Berkovec’s life after the Bohemians 1905 goalkeeper nearly swallowed his tongue following a collision that left him unconscious.

Kone, who used his fingers to move Berkovec’s tongue and stop him suffocating, acted after Berkovec had clashed with team-mate Daniel Krch.

“I would like to thank Francis Kone for rescue and emergency,” Berkovec later wrote on Facebook. “I’m glad for the relief and thanks again!!!”

“I can’t stand there, watching someone suffocate, without doing something,” Kone told Fifa.com in April.

Born in Ivory Coast but qualifying for Togo through family ties, Kone said he had been involved in three similar situations before. 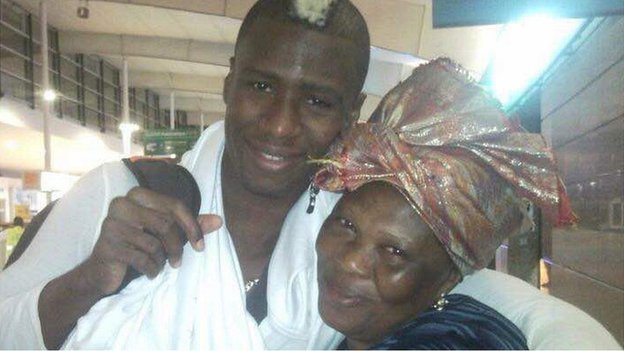 Kenya vote to go ahead after block ...