Kenya’s Chief Justice has said the Supreme Court is unable to hear a petition calling for a delay in Thursday’s presidential re-run.

David Maraga said not enough of the court’s seven judges were available to hear the case.

The deputy chief justice was not available after her bodyguard was shot by gunmen on Tuesday.

The BBC’s Alastair Leithead in Nairobi says the election is now expected to go ahead as planned.

The Supreme Court annulled the original election in August, saying there had been “irregularities and illegalities”.

Opposition leader Raila Odinga is boycotting the re-run, saying nothing has changed.

President Uhuru Kenyatta, who is seeking a second term, has said the ballot must go ahead.

Five judges are needed for a quorum but Mr Maraga said that Deputy Chief Justice Philomena Mwilu “was not in a position to come court”. Her bodyguard is receiving treatment at a hospital in the capital, Nairobi.

Another judge was unwell and was out of the country receiving treatment, Mr Maraga said.

Two others were “unable to come to court” and another who is out of the capital “has been unable to get a flight” to be present for the court hearing.

Mr Maraga apologised to all parties. 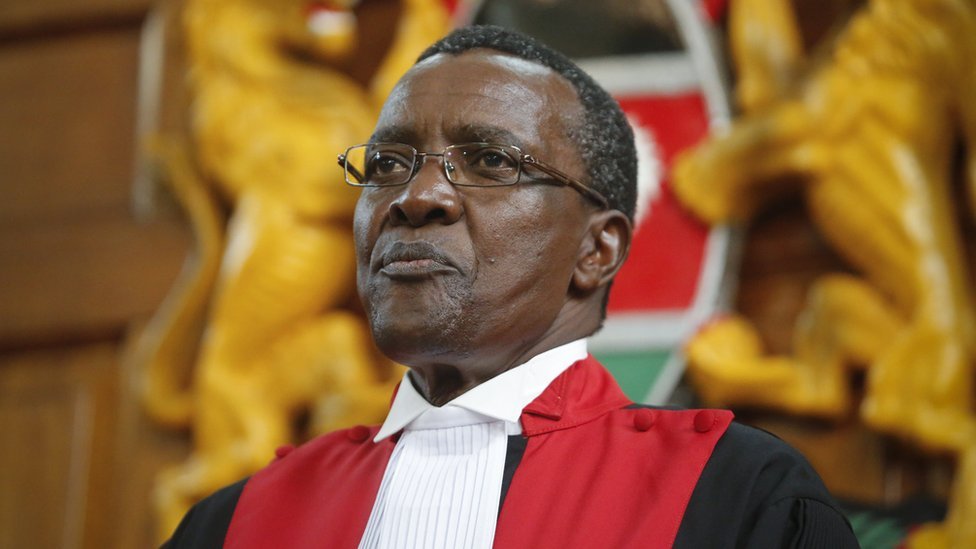