Unsworth – who is the club’s Under-23 manager – was placed in temporary charge on Tuesday, a day after Ronald Koeman’s dismissal.

“He is somebody who is willing to die for the team,” Amokachi told BBC World Service. “Once a blue, always a blue.

“I would love to see him appointed. He has all the qualities to take Everton to the next level.”

Amokachi, who featured for Nigeria at the 1994 and 1998 World Cups, played with Unsworth at Everton in the 1990s and they were both part of the squad that won the FA Cup in 1995.

Unsworth made 351 appearances for the Toffees in two spells and has said that he wants the job full-time, having been placed in charge for Wednesday’s League Cup fourth-round tie at Chelsea.

Amokachi believes that the former defender has the qualities needed to turn Everton’s fortunes around.

“There is always a first step that you take to become great,” he said. “And he made that first step with the Under-23s.

“He’s shown all the Evertonians he’s capable of bringing the best out of football players. I was back at Goodison Park three weeks ago and I saw how respected he is by all Evertonians.

“We’ve seen in France, in Spain, where youth coaches came on board and did a great job. Why not Everton? 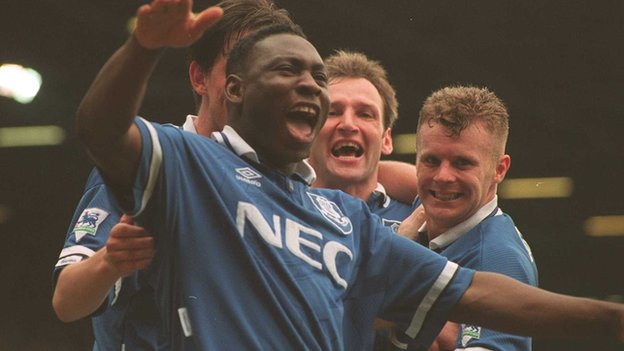