Kenya’s Supreme Court will hold a last-minute hearing to decide whether the re-run of the presidential election can go ahead.

The court will hear an urgent petition by human rights activists arguing Kenya is not ready for the vote.

The election is due to take place the following day, on Thursday.

The Supreme Court in September took the unprecedented decision to annul the presidential election and demand a re-run.

Chief Justice David Maraga said the 8 August election had not been “conducted in accordance with the constitution” and declared it “invalid, null and void”.

This was the first time in Africa that an opposition court challenge against a presidential election had succeeded.

The Supreme Court has agreed to hear the last-minute petition, which questions whether the electoral commission and its chairman will be able to conduct a free and fair election on Thursday.

It is asking for an entirely new election which could extend the process by months.

The main opposition candidate Raila Odinga is boycotting what he calls a “sham election… which will not represent the will of the people”.

He says nothing has changed since the original election.

President Uhuru Kenyatta, who is seeking a second term, has said the ballot must go ahead.

There is ambiguity between electoral law, the constitution and how the courts have interpreted it.

The petitioners are asking the court to clarify its 2013 interpretation of the constitution – that if a candidate drops out, the whole months-long process should begin again, rather than simply holding a re-run.

That’s the case Raila Odinga’s lawyers cite in connection with his decision to boycott the poll.

According to the constitution the vote must be held before 1 November.

But last week electoral commission chairman Wafula Chebukati said “it’s difficult to guarantee a free, fair and credible election”. This leads to the question: Can the court allow the re-run to go ahead?

Another question is around how a potential constitutional crisis would be handled if the election is not held within the timeframe.

Wednesday has been unexpectedly declared a public holiday, but the Supreme Court says that will not affect its business. 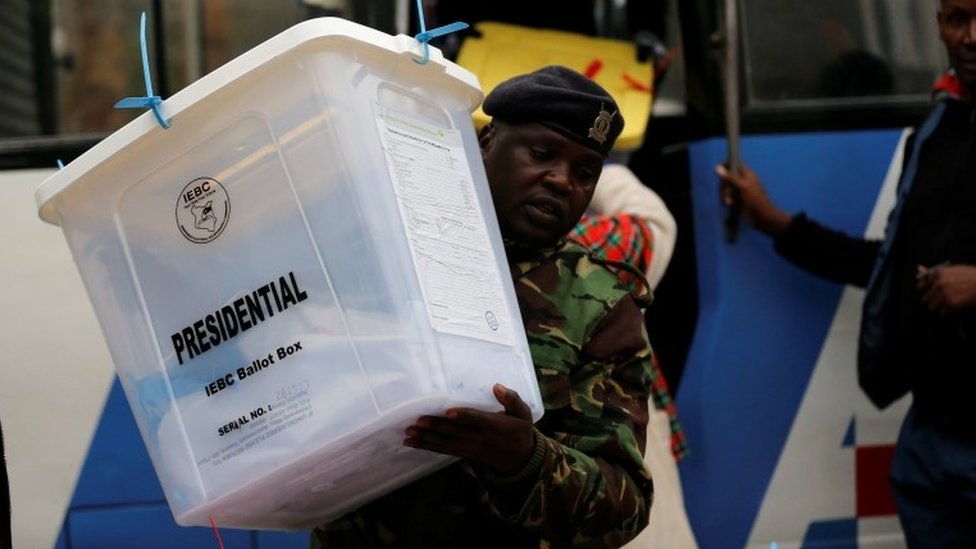 The new struggle for Colombia’s countryside after ...