Ivory seizures around the world hit record levels last year, with elephant poaching in Africa declining for a fifth year in a row, a report says.

About 40 tonnes of trafficked ivory was recovered, the Convention on International Trade in Endangered Species (Cites) report says.

While poaching killed 111,000 African elephants over the last decade, in most places it appears to be levelling off.

Cites has welcomed the news but sounded a note of caution.

“The global collective effort that is underway is starting to reap positive results, but we are certainly not there yet,” the organisation’s Secretary-General John Scanlon said.

The report said the record weight of seizures could be down to better awareness and law enforcement.

It comes despite there being an increase in the amount of ivory being carved into bangles and pendants in Africa, rather than just being exported as tusks to Asia which are easier to intercept.

Mr Scanlon said there was particularly good news in Eastern Africa, which has been badly hit by poaching in the last decade.

“There has been a steady decline in poaching levels since its peak in 2011, and the analysis from 2016 concludes that overall poaching trends have now dropped to pre-2008 levels,” he said.

While the outlook for elephants looks good in Botswana, South Africa and Namibia, in central Africa there have been “dramatic losses of elephant populations” over the last decade, with “levels of illegal killing remaining very high”.

He said that it was now imperative for conservationists “to drive home the advantage we have while the political momentum is with us”. 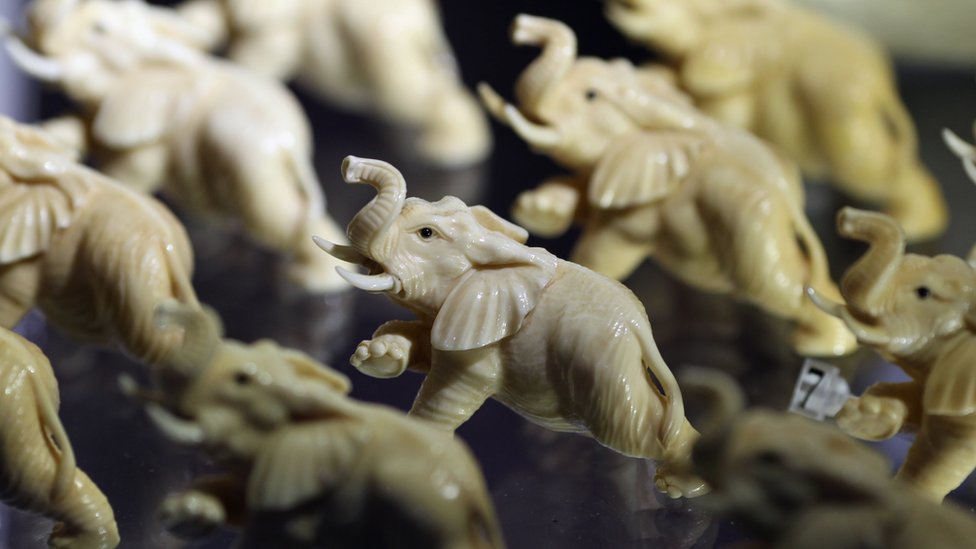