Kenya’s Ruth Odinga to be charged over Kisumu protest

Kenya’s chief prosecutor has ordered that opposition leader Raila Odinga’s sister should immediately be charged with inciting violence against the election commission.

Ruth Odinga entered an election centre without permission, and caused damage to property, a statement said.

Ms Odinga, a former deputy governor of Kisumu State, has not yet commented.

Mr Odinga is boycotting Thursday’s presidential election re-run, saying it will not be free and fair.

About 70 people have been killed in violence since the election commission declared President Uhuru Kenyatta the winner of elections on 8 August election.

The Supreme Court of Appeal annulled his victory, saying the poll was marred by irregularities and illegalities.

Mr Odinga’s supporters have been holding mass protests to demand reforms, including the sacking of key election officials, before a new poll is held.

Last week, a senior member of the electoral commission (IEBC) fled to the US amid death threats.

Roselyn Akombe said the commission was under political “siege”, unable to reach consensus or take any decisions.

However, Mr Kenyatta and the commission have vowed that Thursday’s poll will go ahead.

Last Wednesday, Ms Odinga was allegedly part of a protest which led to a training session for election officials being disrupted in the opposition stronghold of Kisumu in western Kenya.

She should be charged, along with senator Fred Outa and others, for obstructing an election official from performing his lawful duties, incitement to violence, and malicious damage to property, the office of the director of public prosecutions said in a letter to police.

“The suspects should immediately be charged,” the letter added. 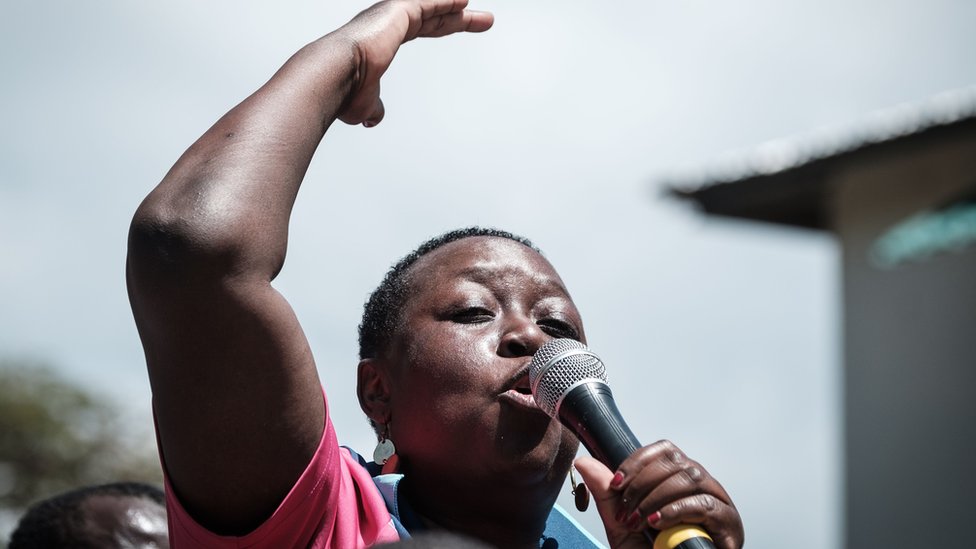