Many matches in the North African nation are played behind closed doors because of security concerns.

The Cairo giants thrashed Etoile du Sahel on Sunday, winning 6-1 on the night to qualify 7-4 on aggregate.

Al Ahly have also asked the Confederation of African Football if the game can be played on Sunday.

However, around 40,000 watched Ahly’s thumping of Etoile in Alexandria, with even more in the same stadium earlier this month as Egypt reached the World Cup for the first time since 1990.

Moroccans Wydad Casablanca reached the final for the first time in six years when beating USM Alger 3-1 on aggregate. 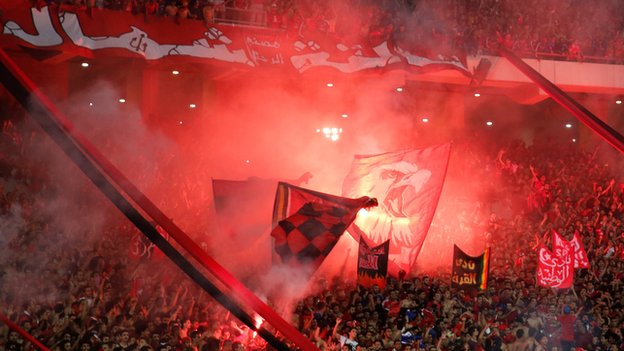